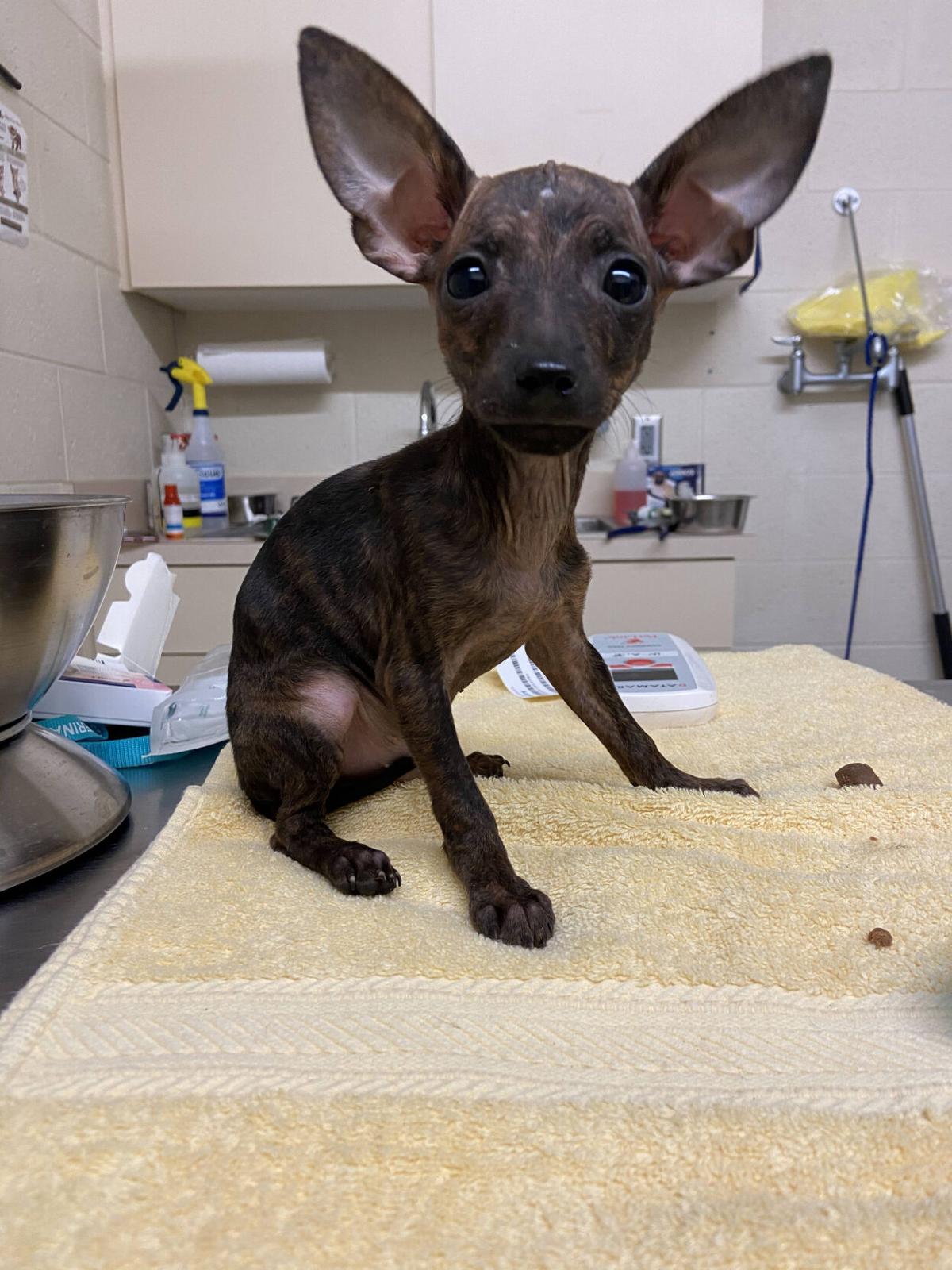 One of the 26 dogs found abandoned on a dirt road in Vero Beach. 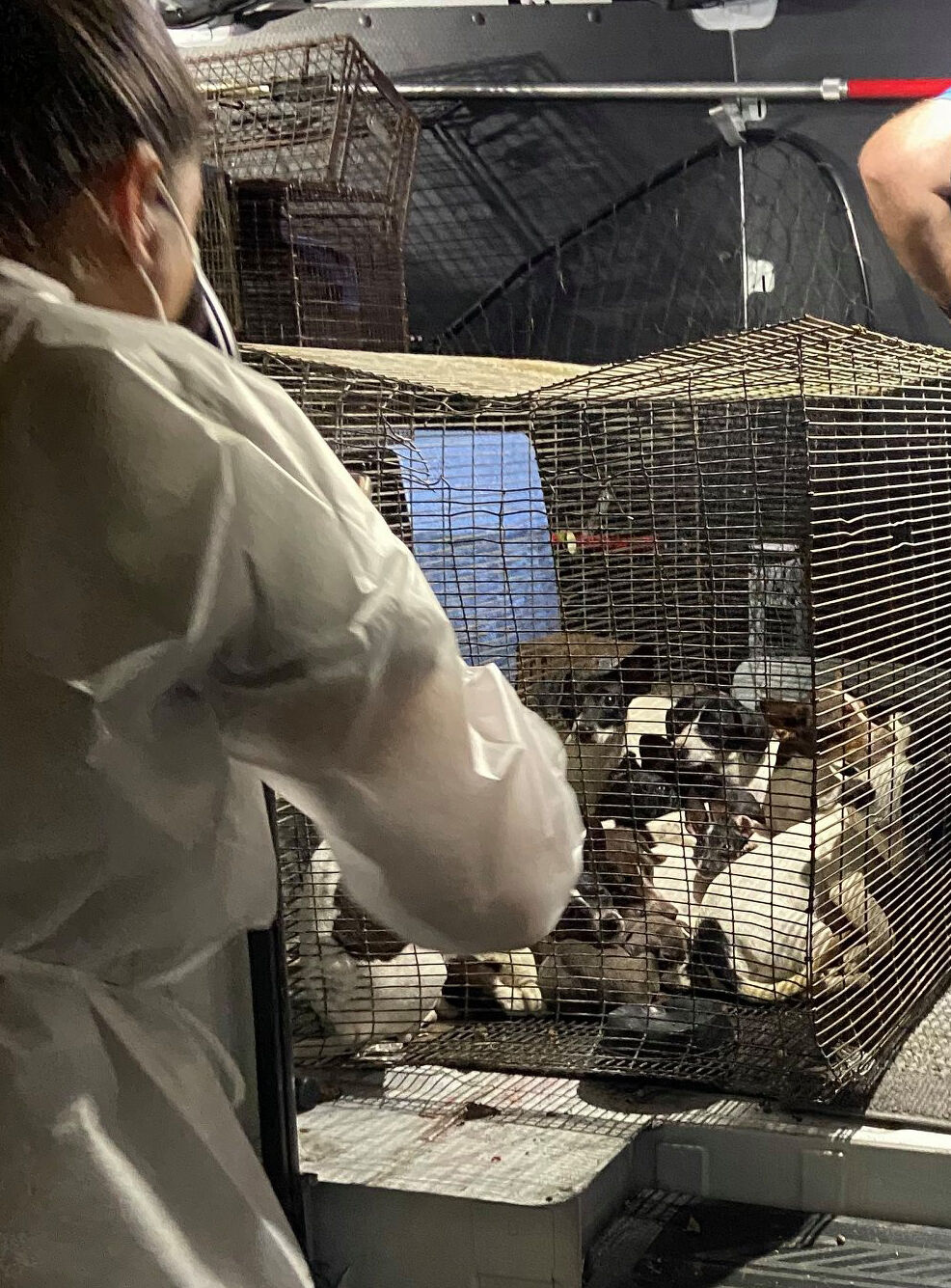 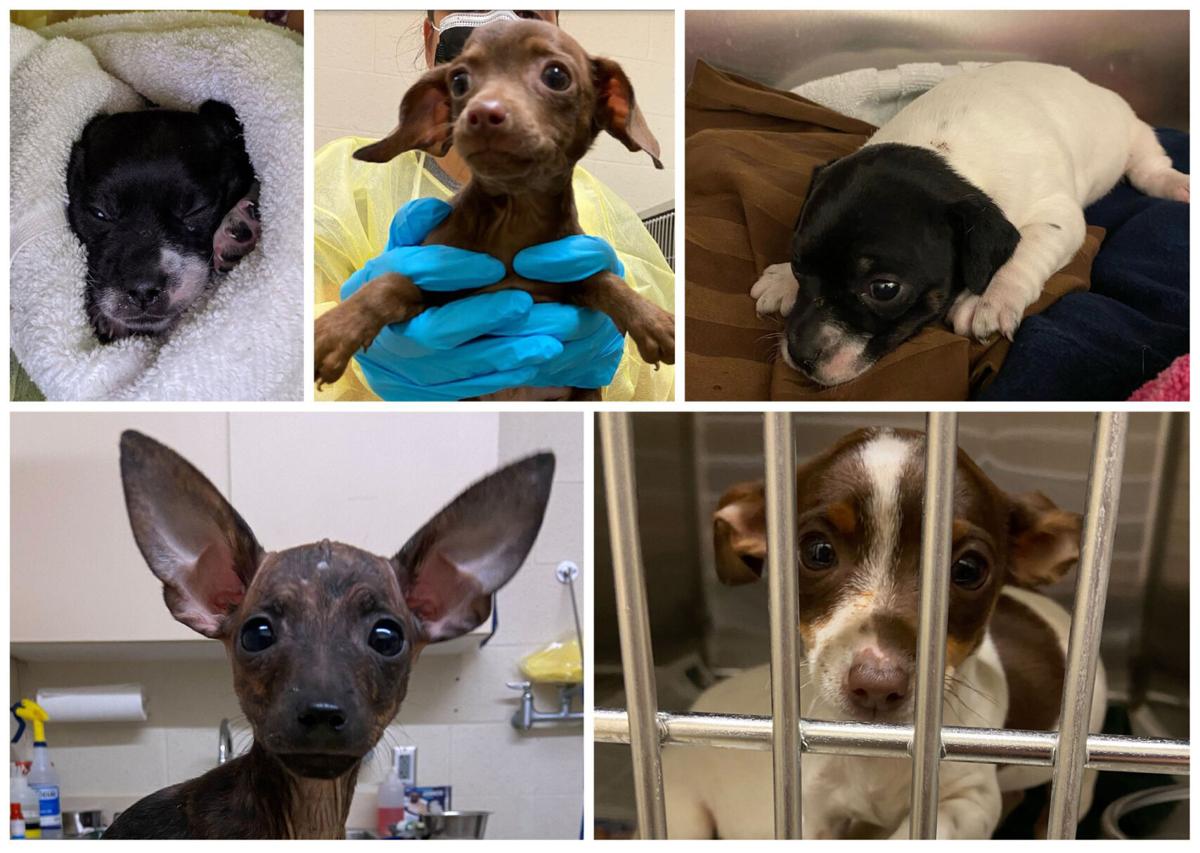 Some of the 26 dogs who were abandoned on a dirt road in Vero Beach and “left to die,” according to HSVB Chief Operating Officer Michelle Quigley. 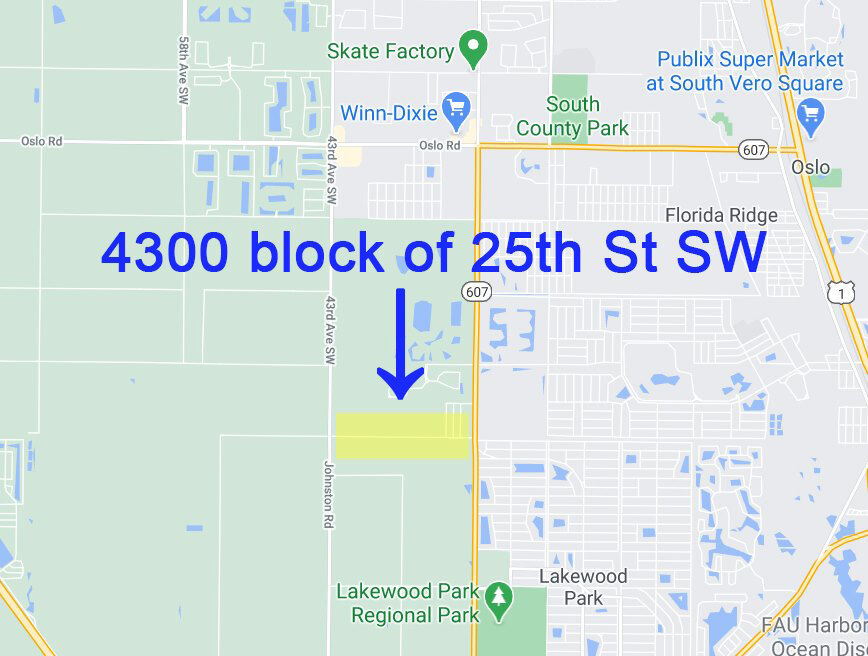 VERO BEACH ― On Sept. 23, David Wayne Yates, 65, of Bridlewood Way in Ft. Pierce pled “Nolo contendere,” also known as “no contest,” to 26 counts of animal cruelty. “No contest” is a plea by which a defendant accepts conviction as though a guilty plea had been entered, without technically admitting guilt.

The case began on April 9, when law enforcement officers recovered 26 dogs who were abandoned on a dirt road at the 4300 block of 25th St. SW. The dogs had all been piled together in a single, small, wire cage with no food, water, or shelter.

“I will bluntly say that these dogs were left to die,” Humane Society of Vero Beach and Indian River County Chief Operating Officer Michelle Quigley told Hometown News. “A good Samaritan driving by with her daughter noticed this cage on the side of a dirt road, in an un-trafficked area at the far end of Indian River County. She called 911. Thank goodness, because those folks saved these dogs’ lives.”

An animal control officer brought the dogs to the HSVB, where they received immediate veterinary attention. With the exception of two puppies born after the rescue who died, all of the dogs were adopted after receiving extensive care from HSVB staff.

According to Florida statutes, Mr. Yates faced a maximum possible sentence of $5,000 or one year in prison, or both, for each charge. The sentence he received from Judge Nicole Menz was far less.

Mr. Yates was also sentenced to pay $1,000 restitution to the Humane Society of Vero Beach and Indian River County, which treated the dogs and eventually placed all for adoption, with the exception of the two puppies who died. That restitution amounts to about $39 per abandoned dog.

The total restitution is less than one-quarter of the $4,500 reward HSVB offered for tips to solve the case. HSVB did not have to pay that, as the informant wanted the reward money to be put directly towards the care of the dogs.

Hometown News has reached out to Judge Menz for comment on the light sentence, but at press time we had not received a response. The HSVB, however, was willing to comment.

“We are deeply hopeful that there will be further restitution assigned to both assist with the tremendous costs of caring for these neglected and abandoned dogs and to send a message in Indian River County that animal cruelty is unacceptable and punishable at a significant level,” HSVB Chief Executive Officer Kate Meghji told Hometown News.

Ms. Meghji said the restitution amount would be discussed at a hearing to be scheduled in approximately 60 days, adding she is “hopeful that the restitution hearing will be much more significant than a $1,000 fine.”

The $1,000 restitution is less than what it would have cost Mr. Yates to pay a veterinarian to euthanize the 26 dogs, so it seems to send a message to others who have dogs they don’t want to take the chance on abandoning them, since if they get caught, they’ll pay less than the euthanasia fees, and they won’t go to jail.

“While we do share your frustration with the lack of harsher sentencing in this matter, we can recognize that having 26 misdemeanor cruelty to animal charges on Mr. Yates' record is quite significant,” said Ms. Quigley. “We hope this is an opportunity for our community members to make it known that they want to see more done when crimes against animals are perpetrated. Our local law enforcement can only do what the laws allow and the judiciary ultimately hands out the sentences in accordance with the severity of the crimes. We are incredibly thankful to the Indian River County Sheriff's Department for working so closely with us to ultimately locate, arrest, and file charges against Mr. Yates. We can also celebrate that all 26 dogs found new loving homes after our amazing team spent months rehabilitating them.”