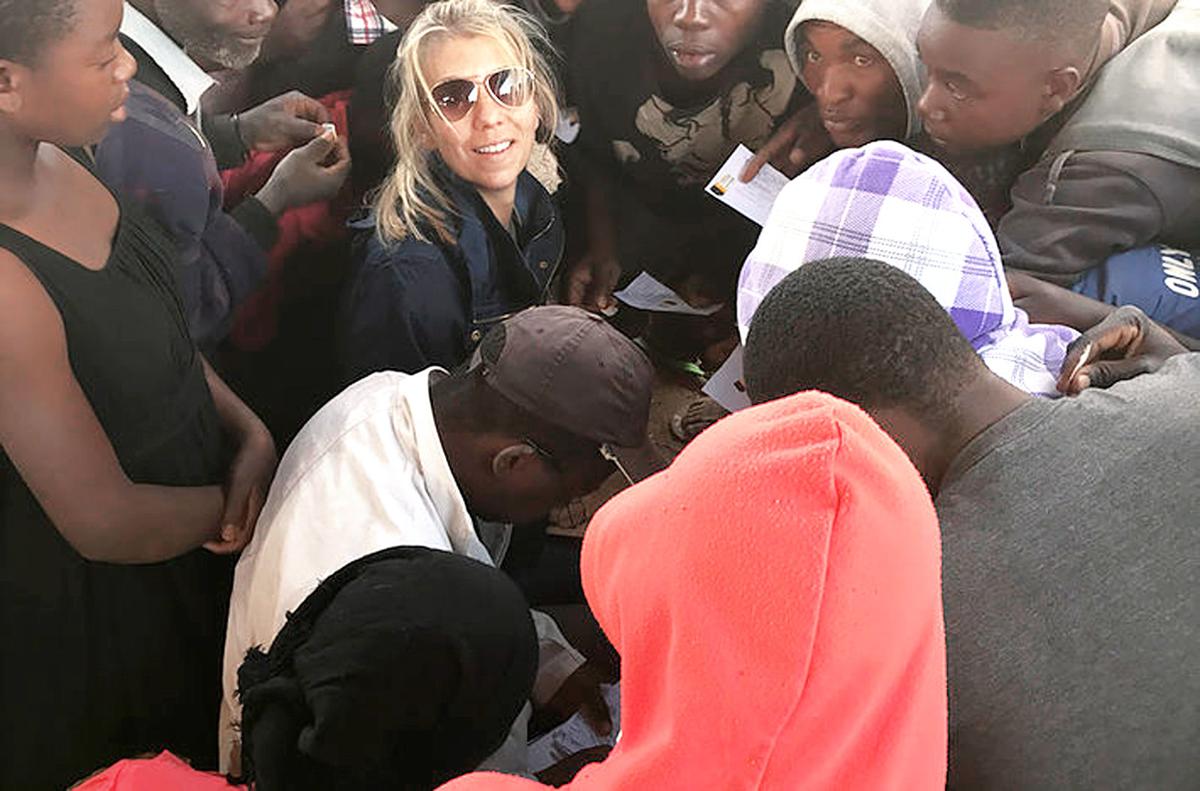 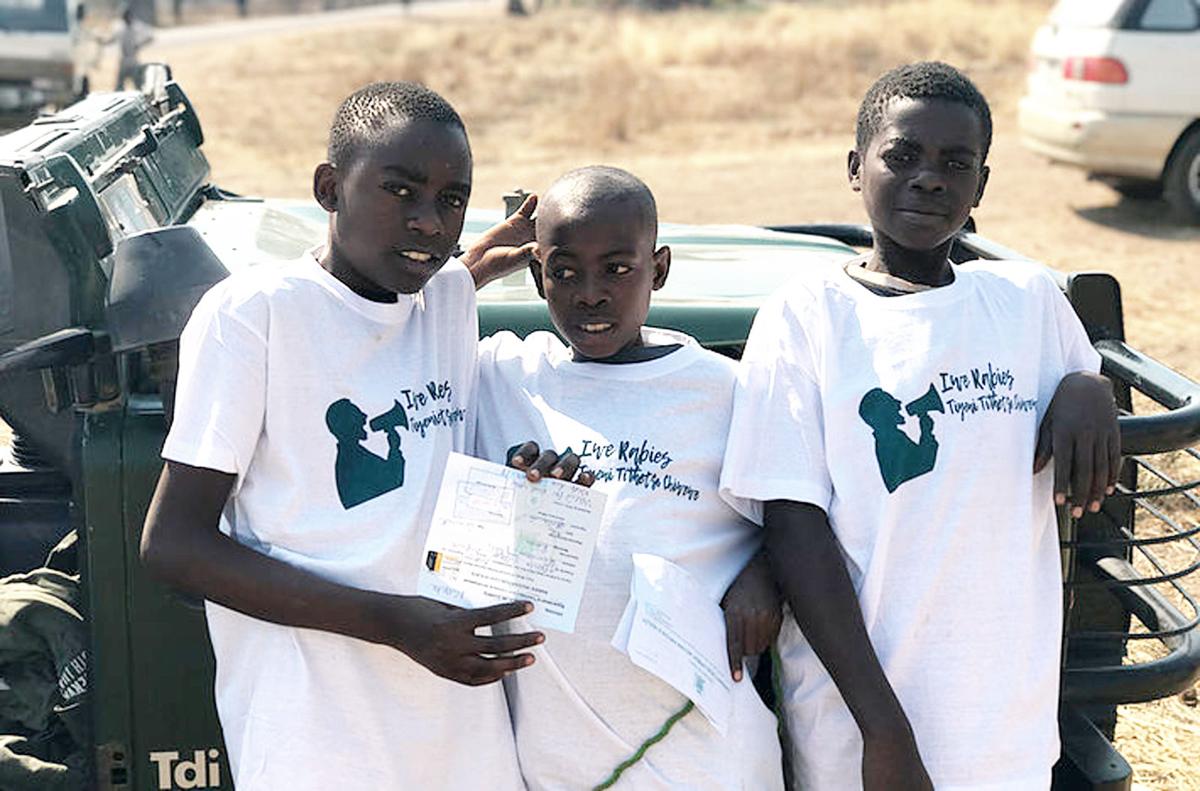 VERO BEACH - Veterinarian John Clark of Vero Beach was born and raised in Malawi, in central Africa. Malawi has one of the highest rates of pediatric rabies deaths in the world. For the past two years, Dr. Clark and his wife, Rachel Clark, have been leading an effort to eradicate rabies from Malawi.

Along with their Community Veterinary Clinic in Vero Beach, the Clarks have created a nonprofit called the Community Health Coalition, which is dedicated to alleviating both human and animal suffering, with a focus on rabies eradication through vaccination and education.

Nearly 500 Malawians die annually from the canine variant of rabies. Rabies is 99 percent fatal once symptoms appear. According to the Centers for Disease Control and the World Health Organization, rabies kills more than 59,000 people annually around the world, with most living in developing countries. Ninety-nine percent of human rabies deaths are caused by contact with infected dogs.

With help from community partners, the Clarks have vaccinated about 13,000 dogs in Malawi and neighboring Zambia. Their success has led to the Malawi government setting up a rabies task force, which is now being advised by the World Health Organization.

“We started the project two years ago,” Rachel Clark told Hometown News. “We’d been supporting a project in Malawi called Rabies Free Africa, by donating a dollar every time somebody came in here for a rabies vaccine. We wanted to get more involved, so we decided to try a mini vaccine clinic. We got the vaccines and medical supplies donated, packed up our two kids, and flew into Malawi. We did 350 vaccines at a cattle station in north Malawi, in the middle of nowhere.”

“We didn’t know if anyone would show up, but when we got there we found about 400 people with their dogs waiting for us. It was an overwhelming scene. We quickly formed an assembly line, got the dogs vaccinated, got their certificates written, and then we send them on their way. We did 350 vaccines in about two hours. It was fast.”

“Then we went to Zambia, which borders Malawi, where John and I met. We did another 250 vaccines in a village there. So those two small vaccine clinics went really well, they were well received, people were excited. We came back and focused on how to grow this.”

The goal with veterinary vaccination campaigns is to achieve 70 percent coverage in the target area. The Clarks soon realized that would require an enormous amount of vaccines.

“To get 70 percent coverage for one city in Malawi, we figured we needed 12,000 vaccines,” Ms. Clark said. “I didn’t know how to get 12,000 vaccines donated, or how to get them to Malawi. Merck donated them, which was completely amazing. They actually gave us 16,000 vaccines.”

“So we partnered with local vets and the government, we created an eight-day campaign where we set up at four sites in that city, and we had four vaccination teams of about ten people each. We vaccinated over 1,000 dogs per day, and got our 70 percent coverage.”

That was during the summer of 2018. And it wouldn’t have happened without the support of the Vero Beach community, especially The Boulevard, which held one big tennis tournament fundraiser for the coalition, and is now planning another.

“Because the expenses were too much for John and I to fund ourselves, we approached The Boulevard and asked if they would do a fundraiser for us. They said yes. We needed about $8,000 to run the weeklong campaign, and were able to fund about $6,500 from the event at The Boulevard. With other donations, we hit our $8,000 target just before we left. So we feel very indebted to The Boulevard and everybody who played last year for making that vaccination event happen.”

“Since those first clinics, we have worked with the government, and they have now created a rabies task force. Now we have government buy-in. The task force involves the private sector and the public sector. The goal this year is to work with that task force and local SPCAs already doing rabies clinics. They do a month in the summer where they try to vaccinate 40,000 dogs. We’re going to Malawi to be a part of that this summer. We will also do a smaller clinic of about 5,000 dogs in a northern city that is a hotbed for rabies. If we can do 5,000 dogs, that would get us close to 100 percent inoculation in that area.”

“So we’re raising money that will go to vaccinate dogs this summer both in a big city and a smaller city.”

The estimated cost to vaccinate a dog in Malawi is $10, including getting the vaccines and staff to the site. So a donation of $100 will vaccinate 10 dogs.

The finals matches are on Sat., Mar. 30, from 4-7 p.m., with free admission for spectators. Attendees can participate in the silent auction, raffles, games and a children's tennis clinic. A casual buffet will be available at $12 for adults and $10 for children. All funds raised from the tournament, silent auction, and food sales will directly support mass dog vaccination clinics and public education in Malawi.

In addition to the silent auction items, the CHC obtained a donation of a seven day photographic safari to Malawi, which will be raffled. The $100 raffle tickets are on sale at Community Veterinary Clinic starting Mar. 1, or contact Rachel Clark at knockoutrabies@gmail.com.

urgent loan Very fast and urgent transfer to your bank account Repayment begins eight months after you get the money in your bank account Low interest rate of 2 Long-term repayment 1-30 years duration Flexible loan terms and monthly payment . How long does it take to fund After submitting the loan application you can expect that the preliminary answer less than 24 hours and funding within 72-96 hours after receiving the information we need from you. Contact legitimate and licensed loan company authorized that financial aid to other countries. For more information and a loan application form Contact now:
firstfinance000@gmail.com
call 8586038302
Whats app +919205646839
http://www.ushaservices.online/cpanel