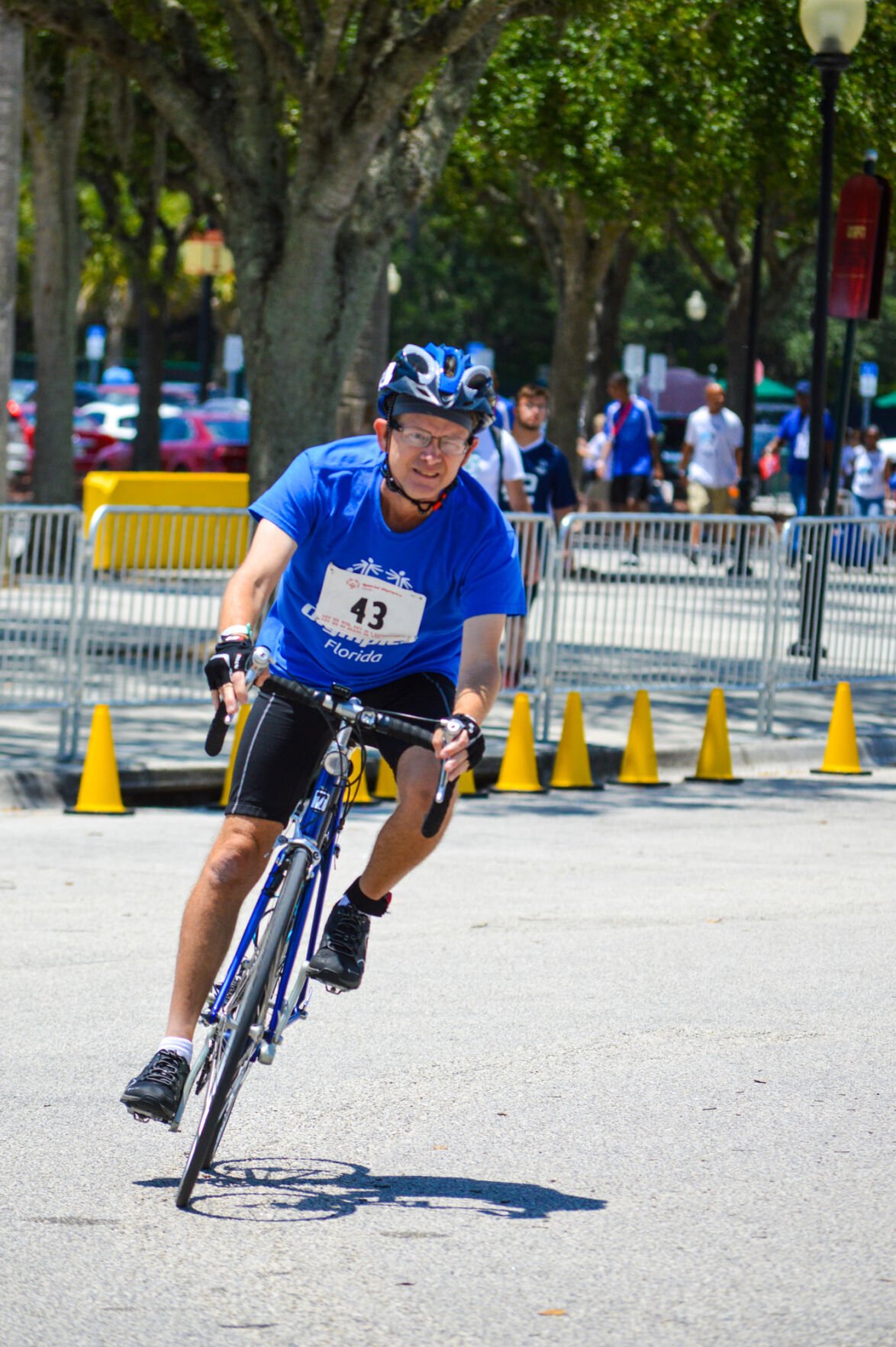 Billy Klingensmith of Vero Beach will ride in a Nov. 20 Special Olympics Race for Inclusion. The group will race 100 miles from Delray Beach to Vero Beach.

Hometown News readers who wish to support Team Billy can do so at the Race for Inclusion link at the end of this article.

Some riders will do a shorter 25 or 65 mile course, but Mr. Klingensmith is confident he will do the full 100 miles. The longest he’s ridden previously was about 60 miles, saying “I started out at 18 miles and then worked up to it.”

For the 100-mile ride, “this will be my first time doing this, so I don’t know how long it will take. I would say five or six hours.”

Billy Klingensmith has been bike riding for about eight years. He is also a competitive runner. Even though the Race for Inclusion is not competitive, he told Hometown News that it is competitive for him.

“For me, I am competitive,” Mr. Klingensmith said. “It makes me feel very proud, I’m very excited doing this. Very, very proud.”

Mr. Klingensmith knows the thrill of competition success. He won cycling gold medals in four consecutive state games, taking home the top prize in 2016, 2017, 2018, and 2019. Last year, he conquered the Amerithon Challenge, cycling 3,521 miles, the distance from San Francisco to Washington, D.C., over several months. To complete the challenge, he overcame a shoulder injury, bike maintenance issues, and the soaking rains of Florida’s tropical depressions.

Mr. Klingensmith says he wants to show that people with intellectual disabilities can do remarkable things if they’re only given the chance. “I'm trying to break all these barriers,” he said. “Anybody in the Special Olympics can do this with the support of your family and friends around you.”

Special Olympics Florida’s Race for Inclusion is a nine-month campaign to inspire people to create communities where everyone is respected and valued. It is a campaign to fight the stigma, isolation, injustices, and health challenges faced by people with intellectual disabilities.

For Billy Klingensmith, inclusion is what it’s all about.

“It means I want to be included as a part of everyday life, not be ignored, and be with friends who I race with, people who appreciate me.”

For more information and to donate to Special Olympics Florida on behalf of Team Billy, visit www.raceforinclusion.org, then scroll down to “Find My Race” and click “Delray-Vero Beach”. Enter “Billy Klingensmith” in the name search box to have your donation tallied for Team Billy.