NOAA satellite image of Hurricane Katrina taken Aug. 28, 2005, as the storm’s outer bands lashed the Gulf Coast of the United States a day before making landfall. 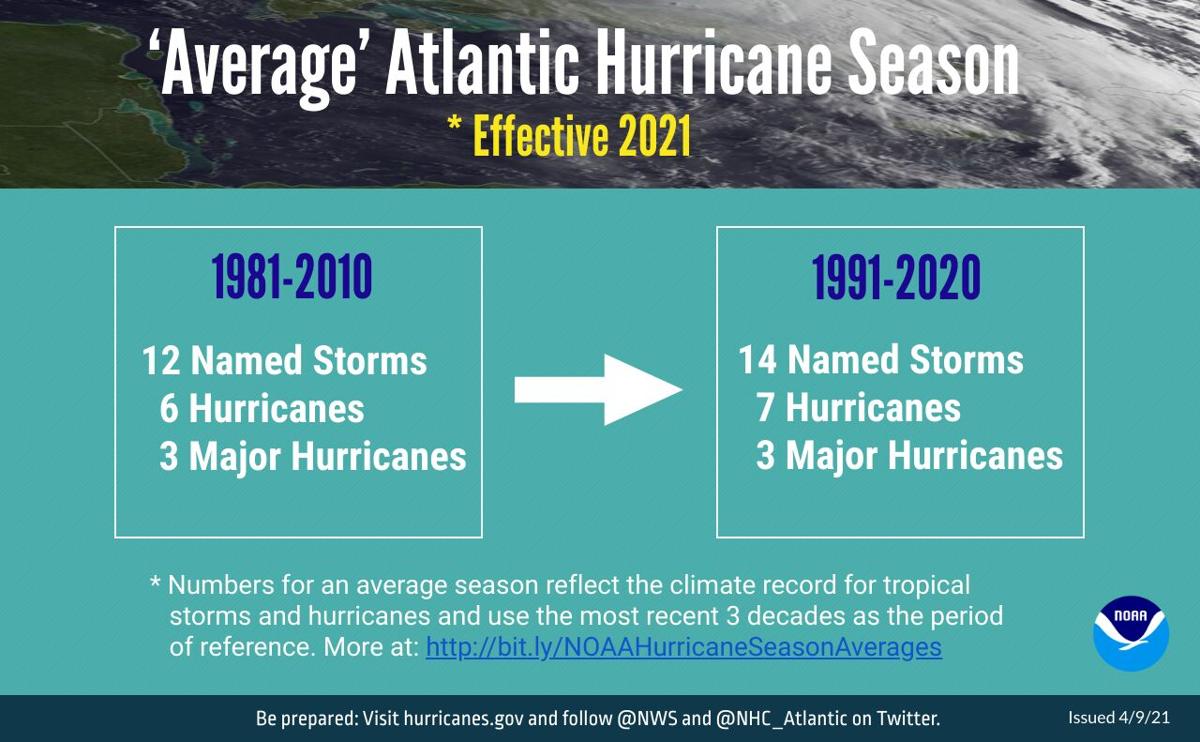 The updated averages for the Atlantic hurricane season have increased with 14 named storms and 7 hurricanes. The average for major hurricanes remains unchanged at 3. The previous Atlantic storm averages, based on the period from 1981 to 2010, were 12 named storms, 6 hurricanes, and 3 major hurricanes. Learn more: http://bit.ly/NOAAHurricaneSeasonAverages (NOAA)

FLORIDA - The official start of hurricane season is June 1, but after six years in a row of named storms forming ahead of that date, the National Hurricane Center has announced it will begin issuing daily hurricane season tropical weather outlooks starting May 15, two weeks earlier than in the past.

The decision follows the record shattering 2020 season during which there were 30 named storms, including two that formed in May of last year.

There has been no change to the official start of hurricane season which is still June 1. It lasts until Nov. 30, with a peak in August and September.

In addition to advancing storm outlook notices by 2-weeks, the National Hurricane Center on April 9 announced that it has increased its assessment of what an average Atlantic hurricane season is. View the NWS announcement here - https://bit.ly/2QqaEo1.

The NWS' upward revision is in line with the National Oceanic and Atmospheric Administration's Climate Prediction Center's (CPC) revised outlook which is updated every 10 years based on the average number of storms that occurred each season during the previous 30 years..

The increase in the average number of storms may be attributable to the overall improvement in observing platforms, including NOAA’s fleet of next-generation environmental satellites and continued hurricane reconnaissance.

It may also be due to the warming ocean and atmosphere which are influenced by climate change.

“This update allows our meteorologists to make forecasts for the hurricane season with the most relevant climate statistics taken into consideration,” said Michael Farrar, director of NOAA’s National Centers for Environmental Prediction.

“Our work illustrates the value of NOAA’s investments in next-generation technologies to capture the data that underpins our outlooks and other forecast products. These products are essential to providing the public and local emergency managers with advance information to prepare for storms, and achieving NOAA’s mission of protecting life and property.”