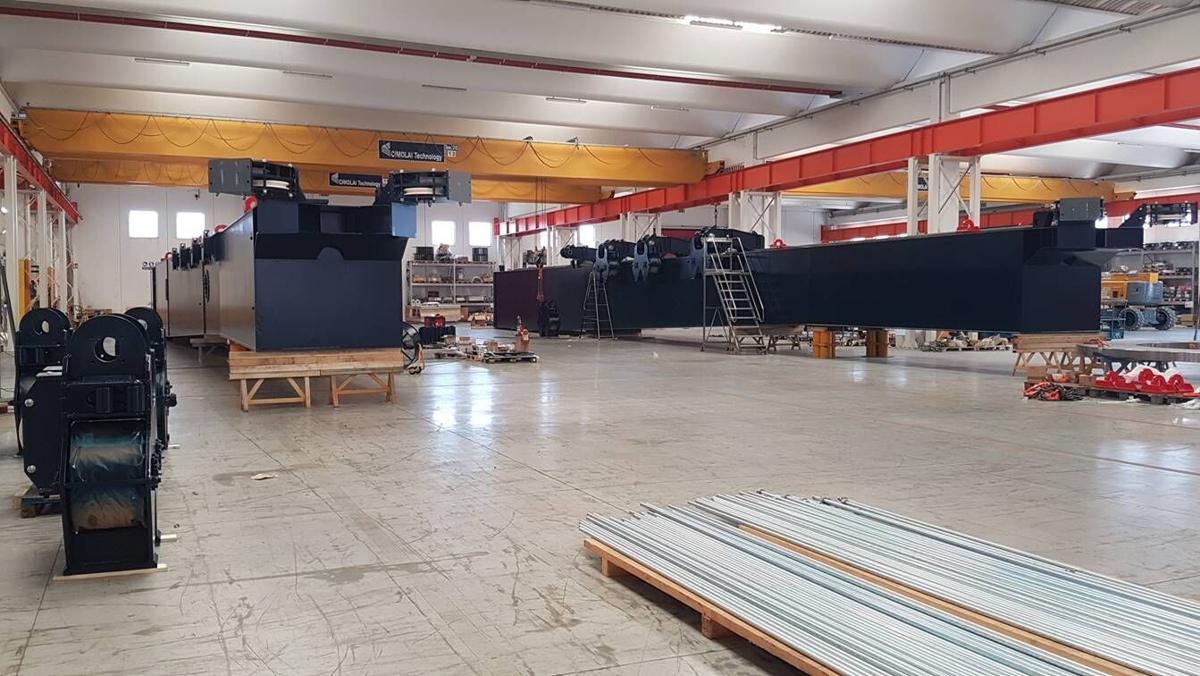 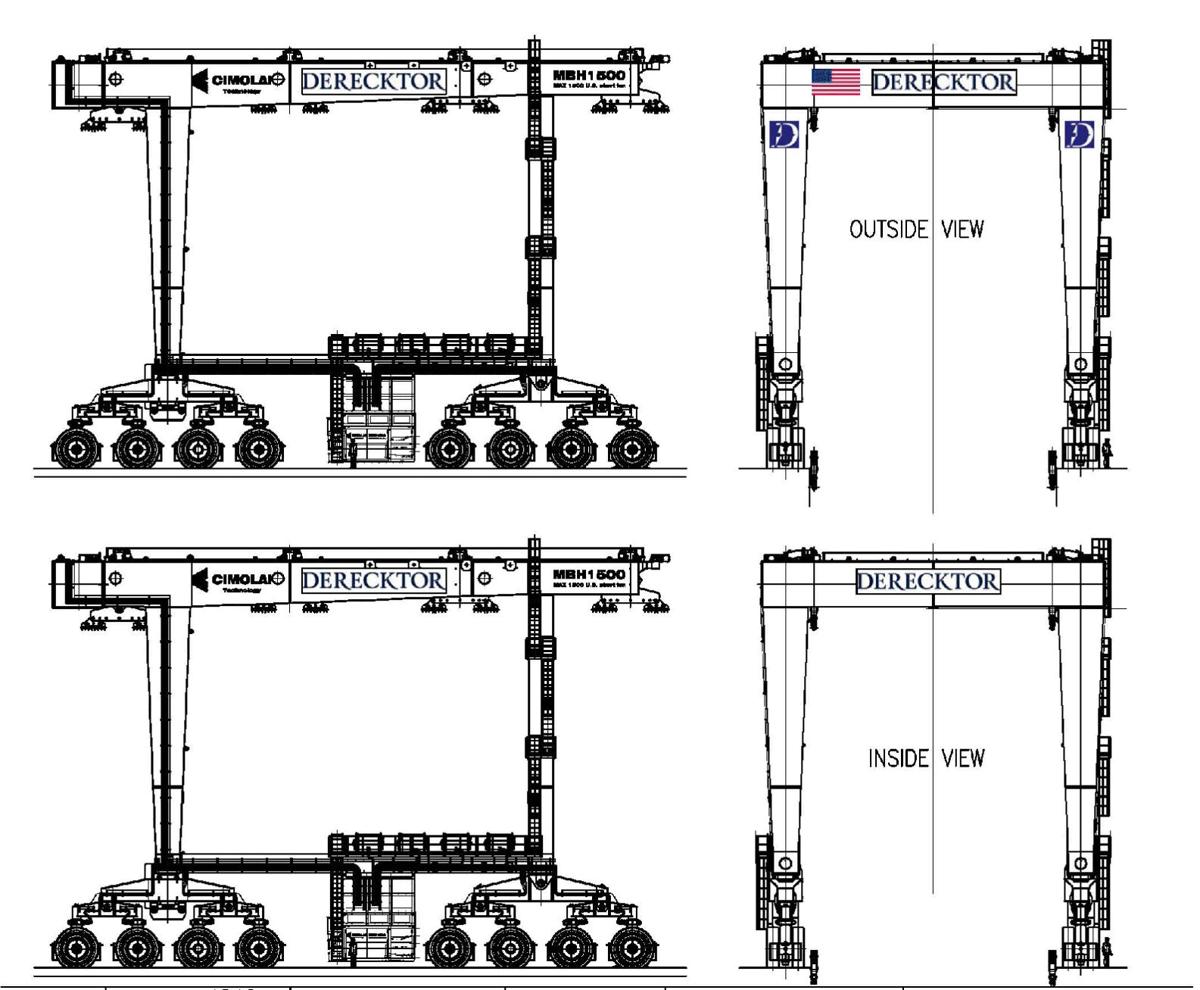 ST. LUCIE COUNTY – District 84 Representative Delores Hogan Johnson stirred up a pot of local discontent recently over the County Commission’s choice for launching mega-yacht restoration at the Port of Fort Pierce upon publishing a scathing editorial alleging Derecktor Fort Pierce is incapable of fulfilling the terms of its 30-year lease.

“All infrastructure improvements required for initiating full mega-yacht refit operations, including acquiring the world’s largest strap-lift, building the huge slipway needed for the strap-lift and posting a performance bond, were to be complete and in place by this September,” she wrote. “As of today, there is no boat lift, no slip way and no performance bond. More importantly, based on what I have seen, there is no evidence and no indication that any of the vendor’s deliverables will be in place in September or any other time in the foreseeable future.”

Rep. Johnson went on in her editorial to describe her unsuccessful effort to find proof Derecktor Fort Pierce was even capable of funding mega-yacht operations at the Port in the near future.

“Multiple public records requests to the county and an independently solicited credit report from Dun & Bradstreet, have failed to show me an ability for the vendor to fund the multimillion-dollar investment required to be operational a scant two months from now,” she continued. “Even if the force majeure (act of God) clause in the contract was initiated, wherein the county might grant the vendor a two- or-three-month extension of construction deadlines relating to the governor’s declared pandemic emergency, the contract specifically prohibits using force majeure for relief of the rent payments due monthly starting Sept. 1.”

Three days later on July 19, the St. Lucie Waterfront Council took out a half-page advertisement in the Sunday edition of the same paper echoing many of the same allegations and complaining that three years had passed since the county first used $25 million in taxpayer money to purchase the Port property. The same advertisement referred to Derecktor’s previous bankruptcies and reignited the flames of the County Commission’s unanimous but controversial decision in April 2019 to choose the firm over Fort Pierce Yacht & Ship, a company financed by Fort Pierce native and Chicago Bears defensive end Khalil Mack and Treasure Coast Lexus owner Sandy Woods. That company had already been retrofitting mega-yachts at the Port.

Derecktor Shipyards Communications Director John Koenig refuted the allegations of both the legislator and the Waterfront Council via a July 18 email to the Hometown News, beginning with the company’s financial credibility.

“St. Lucie County has performed financial due diligence, which is far more instructive than

a D&B credit check,” he wrote. “They have reviewed our financial statements and history. We also have a commitment on a multi-million-dollar credit facility for further development of the

shipyard. Anyone interested can look to our Dania Beach yard to see what we are capable of accomplishing in facility development. It's not just speculative talk, but a leading South Florida mega-yacht yard conceived and created from scratch.”

Mr. Koenig the went on the offensive, challenging the accuracy of the material submitted for publication by both Rep. Johnson and the Waterfront Council, who both alleged Derecktor Fort Pierce would soon end up defaulting on its contract.

infrastructure in place by a certain time,” he insisted. “There is no performance bond. There has been a lot of misinformation put out regarding the contract. There will be construction bonds for the major improvements onsite when those projects such as the slipway begin. There is also a corporate guarantee, which will go in place in September as required by the contract.”

Both Rep. Johnson and the Waterfront Council referred to the delay of the 1,500-ton mobile lift that Derecktor long-term employee James Brewer said last year would be “the largest of its kind in the world” and able “to serve motor yachts from 50 to 75 meters in length.” The Derecktor communications director said the custom-ordered lift from Cimolai Technology in Northern Italy was nearly complete, but its installation also hinged on other factors.

“Upon completion, this machine will be shipped to Florida and delivered by barge to

Derecktor Ft. Pierce,” Mr. Koenig added. “Meantime, we are waiting for the U.S. Army Corps of Engineers permit to create the slipway for the MBH. The application was submitted in

November of 2019 and is still under review. The slipway will take four to five months to

develop, so this is the driving factor delaying the installation of the MBH. The MBH will arrive late this year, and hopefully the slipway will be completed soon thereafter, pending the permit of

The Waterfront Council also parroted Rep. Johnson’s allegation that Derecktor Ft. Pierce, in conjunction with St. Lucie County Air and Sea Port Executive Director Stan Payne, would soon request the Board of County Commissioners initiate the force majeure [act of God] clause in the contract due to the coronavirus in order win “a lengthy extension” and possibly delay rent payments on the company’s control of the Port property. The contract requires the company to begin paying the county $91,667 a month beginning Sept. 1.

“It has recently been suggested to me that our port director is actively working to have the county extend the delivery dates for vendor compliance, including having the taxpayers continue paying the $3,000 daily carrying cost of the property,” Rep. Johnson wrote.

Although Mr. Payne failed to respond to emails from the Hometown News, St. Lucie County Communications Division Director Erik Gill said in a July 20 email that Derecktor Ft. Pierce was still “working as best as they can to move this project forward” despite the impact of the global pandemic on the construction timing of the ship lift.

“As of today, there isn't any agenda item scheduled to discuss extending payments to the county,” he said.

Derecktor Ft. Pierce Marketing Director Justin Beard insisted via telephone the same day that the company’s contract with the county did not include a required timetable for the commencement of operations mentioned in both the editorial and the advertisement and that the firm has been paying the county a $23,000 franchise fee since last fall.

“Nowhere in the contract does it stipulate any dates for the lift to be in place by a certain date,” he said. “It states we anticipated starting work by Sept. 1. Northern Italy was the epicenter of the coronavirus. COVID-19 has delayed delivery of the lift, but we’re only delayed by a few months, which is remarkable at a time when companies are scrapping large-scale capital projects.”

Mr. Beard also denied the allegations his employer would seek to put any financial burden on the backs of county citizens.

“We are not asking St. Lucie County and its taxpayers for any handouts or freebies,” he said.