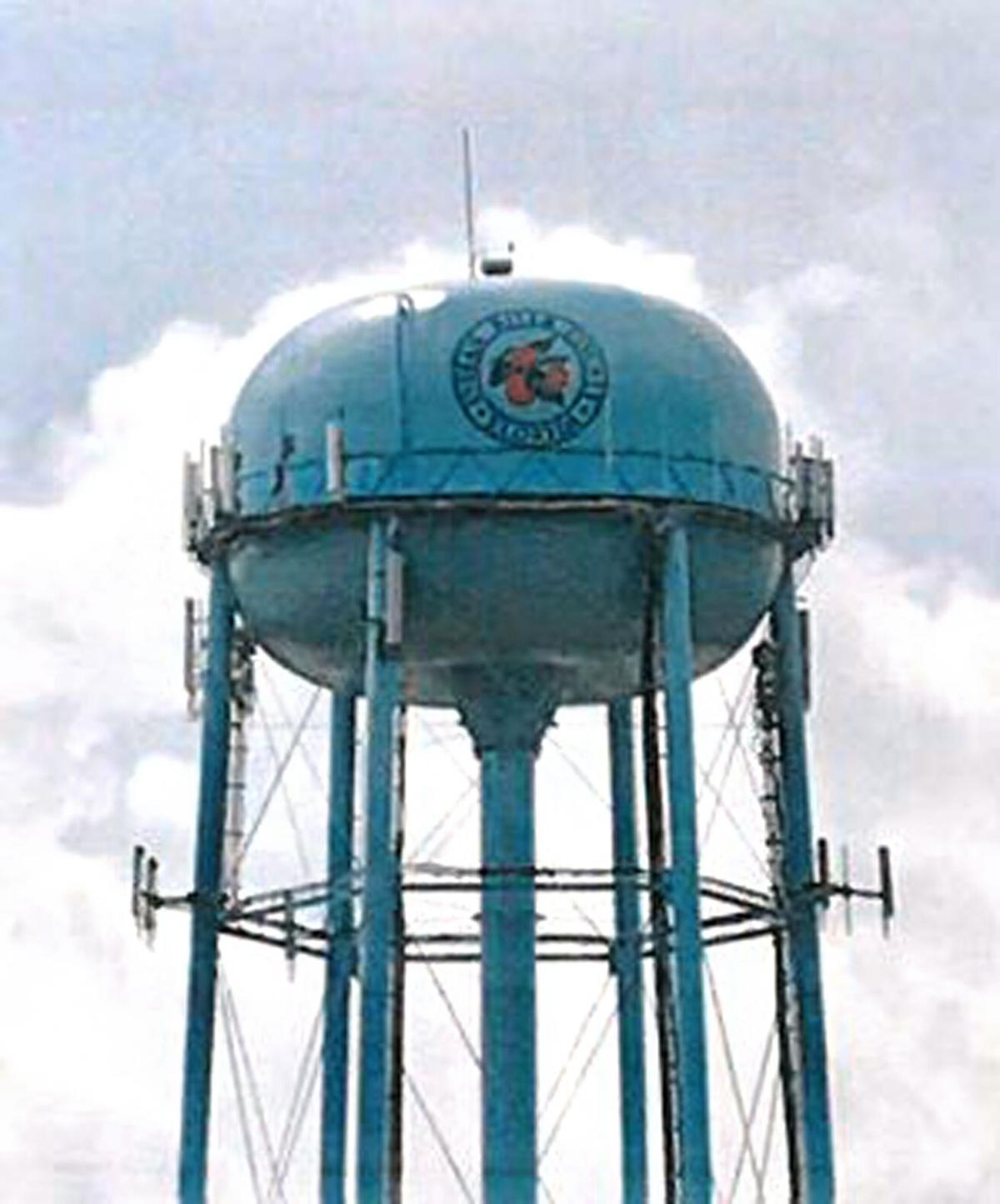 “Gifford” will soon be added to the Gifford Water Tower, on the opposite side from the existing Indian River County logo. 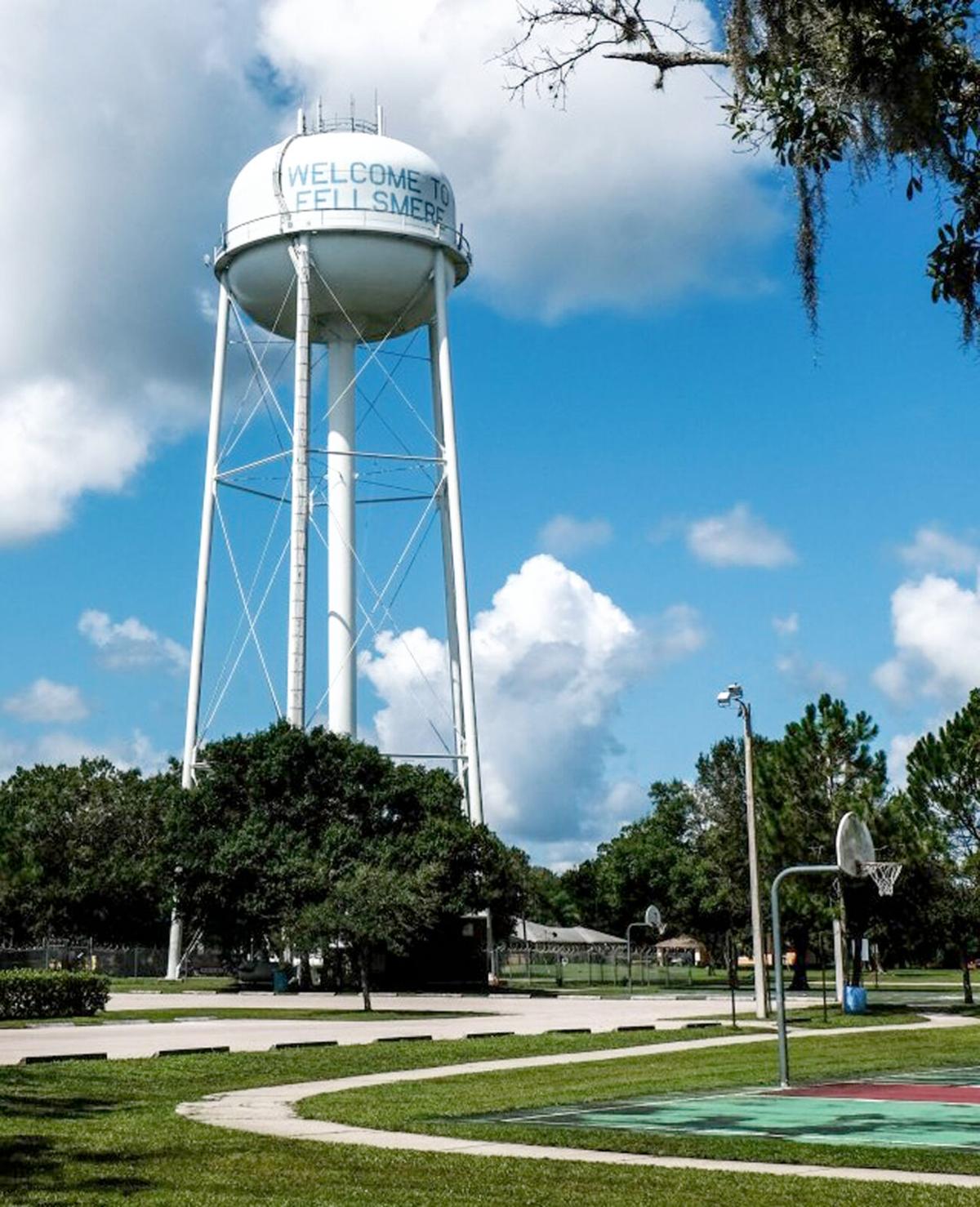 Gifford residents want similar recognition as that on the Fellsmere water tower.

GIFFORD — Following requests from members of the Gifford community, Indian River County commissioners voted unanimously on May 4 to paint the word “Gifford” on the water tower near 28th Court.

The tower is currently painted with the Indian River County logo, which will remain when “Gifford” is painted on the other side. According to Commission Chair Joe Flescher, the presence of the county logo is because of a decision made by commissioners in the past to “generalize” the water tanks. The tank in Fellsmere, however, does display the word “Fellsmere”.

The proposal had been formally endorsed by the Progressive Civic League at its April 5 meeting, and several members of that organization attended the commissioners’ meeting to support the concept and thank their representatives.

According to the Progressive Civic League, it is important to have a marker to acknowledge the community for future generations. They noted that Gifford is recognized by the State of Florida as part of the African American Heritage Trail.

The primary concern at that meeting and in subsequent discussions with commissioners was cost. County Utility Director Vincent Burke had told the civic league that to repaint the water tower would cost $66,000, and to put “Gifford” on it would cost an additional $12,000.

That estimate was based on the mistaken presumption that, due to the properties of the existing paint, the entire tower would need to be painted over.

Comm. Flescher said he asked county staff to determine if it could be done less expensively, just adding the word “Gifford” without repainting the entire tower. When staff discovered that a full tower re-painting was not necessary to add “Gifford,” the cost estimate dropped to around $8,500.

“The area facing the community, to the west, towards the school, is a perfect canvas for the word Gifford to be painted on there,” said Comm. Flescher. “Additionally, looking at the design of the tank, there is a walk station on there, a gangway around the entire tank, so it would not require the extensive scaffolding and other equipment.”

“I think it’s a small price to pay for what’s right for a community,” Comm. Flescher said, adding that, in travelling, it seems most communities have their name on their water tank. “Isn’t it really nice, to have the community be able to identify with such a large structure that has the name of the community that it serves, that we serve.”

“I’m glad you worked out a way to cut down your costs,” said longtime Gifford resident Ernie Grier. “(The prior estimate) would have been too much. I’m very glad you found a way to do it. I was born here, in 1955. In 1959 I moved to Gifford. Growing up in Gifford, I’m proud of Gifford, I’d love to see the name put on there.” Mr. Grier thanked the commissioners for supporting the proposal.

Several other Gifford residents said that painting the community name on the tower would help create pride in their home. Nobody spoke against the proposal.

Linda Morgan, on behalf of the Progressive Civic League, discussed the sense of pride for the community, noting how as one drives through other communities, you see names on towers.

“Gifford has not had that for a long time now,” Ms. Morgan said. “We would like that sense of pride back.”

Mr. Woolfork said this is an example of a stirring community pride in Gifford. He also applauded the commissioners for looking out for taxpayers’ dollars and finding a less expensive way to do it without having to repaint the entire tower.

The only point of disagreement before the unanimous vote concerned which commissioner should get credit for initiating the issue.

Comm. Laura Moss and Comm. Flescher had a back-and-forth about which of them was responsible for putting this item on the agenda, as both had done so independently. But the Gifford residents who spoke thanked the county commission as a whole, happy that their wishes had been heard.