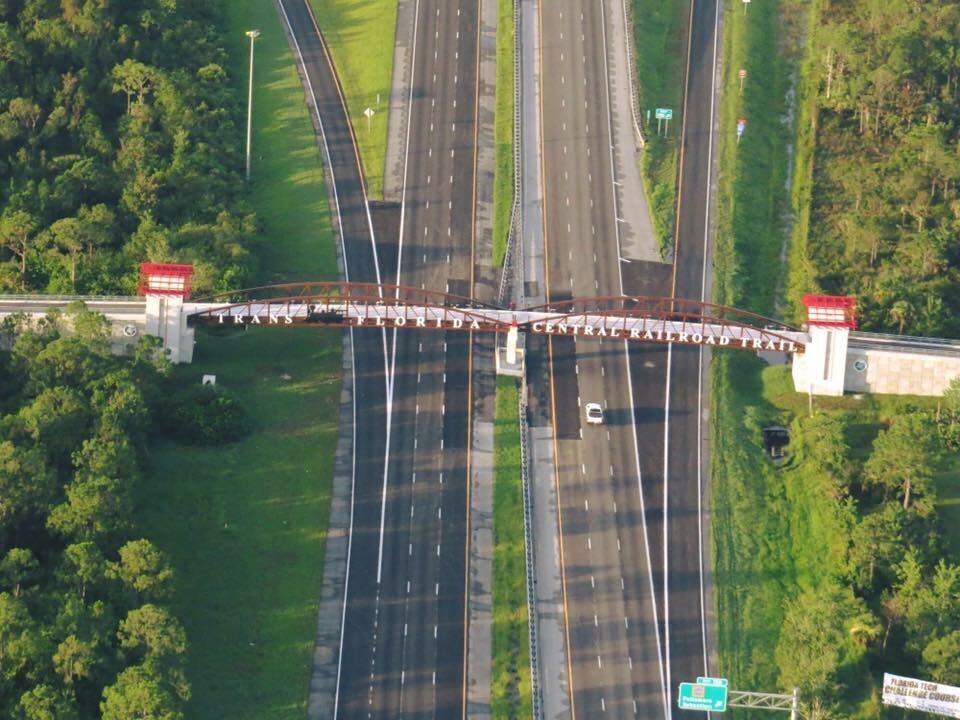 The Trans-Florida Central Railroad Trail passes over I-95.

INDIAN RIVER COUNTY - Indian River County has decided to proceed with the next phase of the Trans-Florida Central Railroad Trail.

At its Aug. 17 meeting, county commissioners approved budgeting $84,750 from optional sales tax revenues to pay for the design of the next phase of the bike trail, which will add 1.4 miles to the trail from the west side of the I-95 overpass in Sebastian through the St. Sebastian River Preserve, following the Historic Trans-Florida Railroad Route.

According to the staff memo presented to county commissioners, “The Trans-Florida Central Railroad Trail has its roots in Indian River County going back to the late 1890s. From 1905 to 1951, the Trans-Florida Central Railroad constructed a track and operated rail service from the Florida East Coast rail line in Sebastian to the interior of Indian River County, stopping at several locations in Sebastian and Fellsmere and transporting passengers and agricultural products to and from the FEC. Their work in constructing berms, drainage swales, and rail beds remains today, and forms the basis of a rail-to-trail between Fellsmere and Sebastian.”

“The most recent phase of the rail trail was completed in 2018 and includes a trail bridge over Interstate 95. The next phase of the trail begins at the west edge of the overpass and runs approximately 1.4 miles along the former rail bed. This phase includes the portion of the trail that crosses through the St. Sebastian Preserve State Park.”

“Thanks to county staff, the next phase of the trail is moving forward,” said Bike Walk Indian River County Director of Safety and Education Hugh Aaron. “It is only another 1.4 miles but that is still good progress.”

This section of the trail will be an asphalt paved trail, similar to the existing trail east of I-95. MPV Engineering, the company named in the work order to design the project, has been working on the project with the county since 2018.

“We understand the upgraded trail will convert the trail to an asphalt paved surface with several culvert crossing installations to re-connect and rehydrate existing wetlands,” read the work order approved by the county. “It is also understood the multi-use trail will also provide for a safety upgrade for this area by acting as a fire break for the St. Sebastian River Preserve and provide for safer egress movements for emergency vehicles.”

While the approved $84,750 will pay for the design of the trail, the actual construction will cost nearly a million dollars. Construction will be mostly paid for from a $920,000 grant from the Florida Department of Transportation, which has programmed that grant for FY 2022/23, and it is included in the Metropolitan Planning Organization’s five-year transportation improvement program.