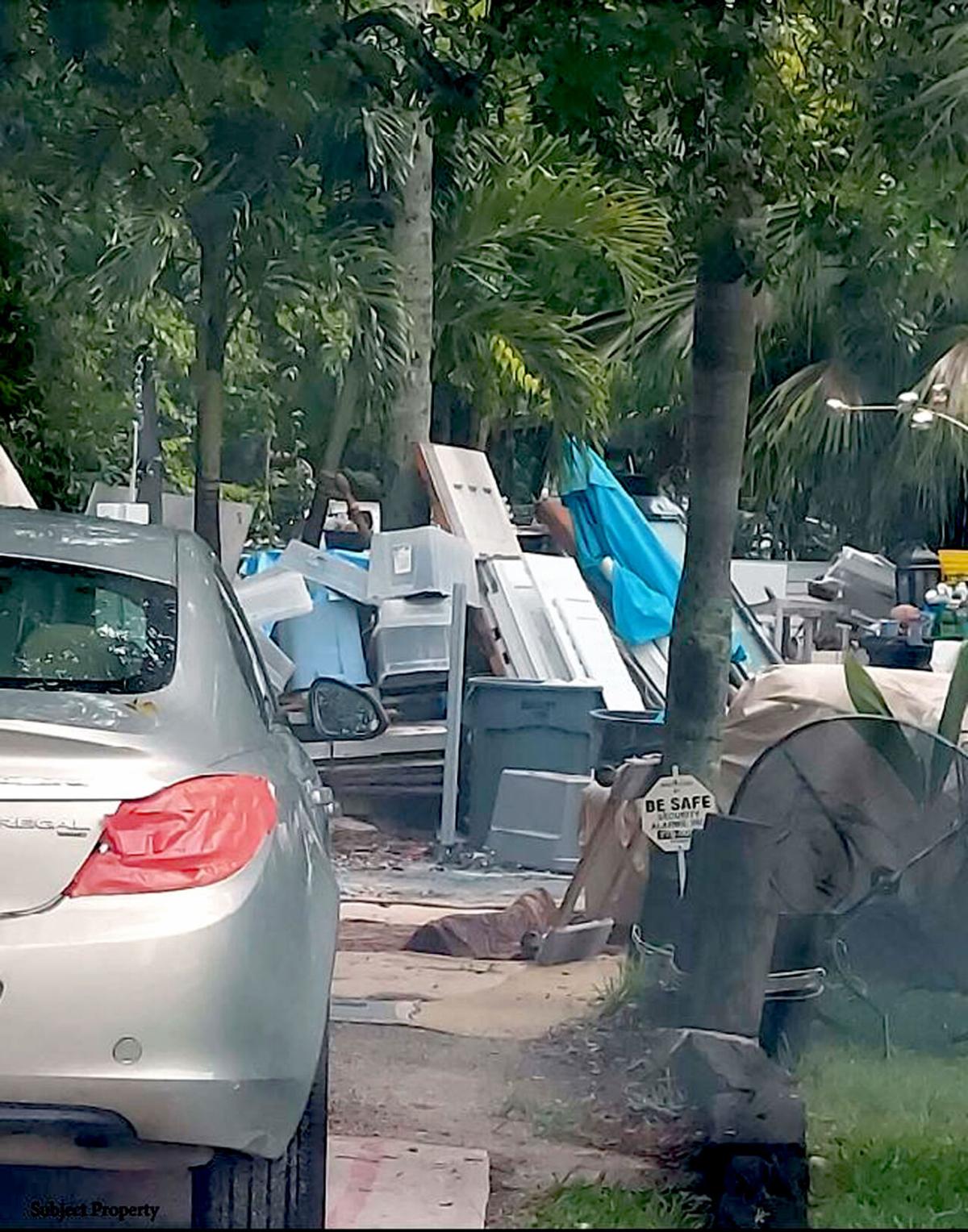 Indian River County is seeking a court order to clean up this property at 1262 15th Ave. in Vero Beach. 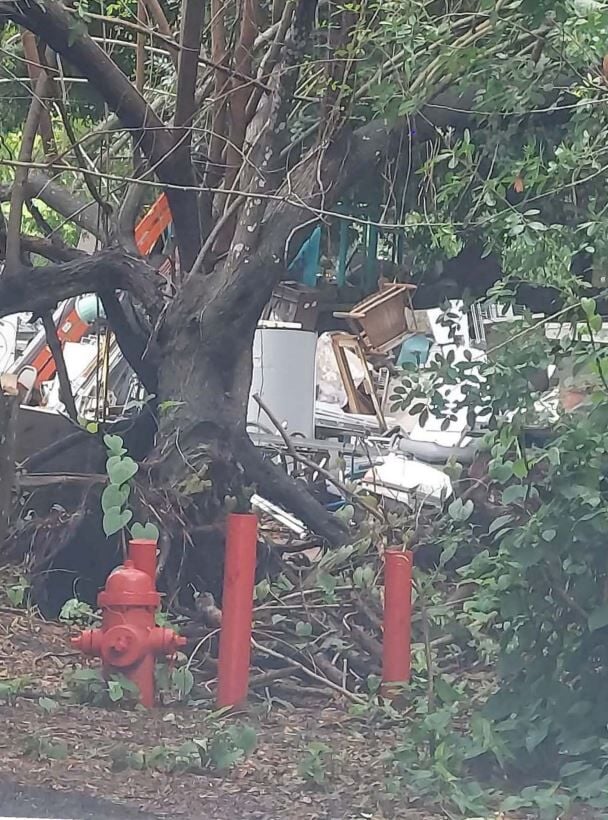 Code Enforcement Chief Andrew Sobczak told county commissioners “you can’t even see the house anymore” due to junk piled throughout the property.

VERO BEACH — For the first time since 2009, Indian River County Commissioners have voted to ask a court to help clean up a residential public nuisance property.

The property in question is located at 1262 15th Ave. in Vero Beach.

According to evidence presented at the July 6 county commissioners meeting, the property has been the subject of neighbor complaints since March 2020, regarding an accumulation of junk, trash, and debris.

County code enforcement staff have been unsuccessful in seeking to convince the property owners to clean it up. In fact, county staff allege that the nuisance has just gotten worse.

Mr. Sobczak summarized the history of the problem, which was initiated by a March 4, 2020 complaint. Following an inspection of the property, staff sent a notice of code violation to the owners regarding violations including junk, trash, debris, storage of commercial vehicles, storage of junk vehicles, boat and trailer storage, and a zoning district use violation.

Following multiple Code Enforcement Board hearings, that board found on Nov. 23, 2020 that no progress had been made towards resolving the violations, and a $100 per-day fine was imposed, which would continue until the violations were cleaned up.

Following the start of the daily fine, staff received additional citizen complaints regarding the condition of the property.

“He did indicate to us on several occasions that he was just on the cusp of cleaning it up, but that never quite materialized,” Mr. Sobczak said.

“Since we initially made contact with the property owner, the condition of the property continued to decline,” Mr. Sobczak said. “There was more items brought onsite, more vehicles, more trailers.”

Mr. Sobczak said that it was extremely rare for the CEB to have to go to court to abate a public nuisance.

“That’s something that we use sparingly. In the last 20 years we’ve done maybe two or three of these. But when a code violation represents a serious threat to public health or safety, this is a step the Code Enforcement Board can take to escalate it beyond just the fines, when the fines are not having an impact. This starts a process by which ultimately we can go into the property and clean it up.”

After showing recent photos of the property, Mr. Sobczak said “It’s getting to the point where you can’t even see the house anymore, and really can’t see anything other than the items being stored. ... The entirety of the property is essentially full of items at this point.”

“Even within the last week we’ve seen items coming on site instead of going off site. As you can imagine, the neighbors are quite upset watching this happen, we’ve definitely heard a lot from them.”

Mr. Sobczak said that he wanted to get a court order to send a contractor in to clean up the property. The cost of that work, estimated at $10,000, would be filed as a lien against the property, which may or may not get recovered eventually.

Concerning timing, County Administrator Brown said the last time this was done in 2009, it happened pretty quickly. He expressed concern that it wouldn’t happen as quickly this time due to the backlog of court cases, though he hoped for a court hearing within 30 days.

Responding to a question from Comm. Peter O’Bryan about whether the homeowners could then just pile stuff again after it was cleaned up, County Attorney Dylan Reingold said he hoped for a court order that would prevent that.

“What’s contemplated is a mandatory injunction,” Mr. Reingold said. “So the court would allow us to go on, we’d clean up the property, and then we’d have a further court order that no further such actions could take place. The threat there for us, which is really powerful, is that if they do anything in violation, they’ll be in violation of the court order, not just our own code, which is a nice stick to have.”

Comm. Chair Joe Flescher regretted that the CEB was unable to convince the homeowners to clean up the property. “The mantra for our code enforcement team has been self mitigation and encouragement, and making your property right,” Comm. Flescher said. “In this case, it’s clear that nothing is getting done.”