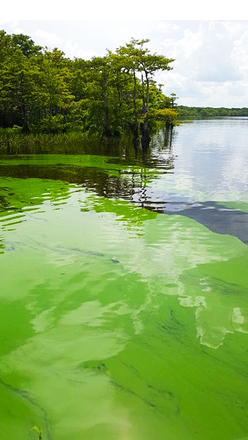 Algae photographed June 16, 2018 in Blue Cypress Lake. Pelican Island Audubon and ORCA warn that the algae could be hazardous. 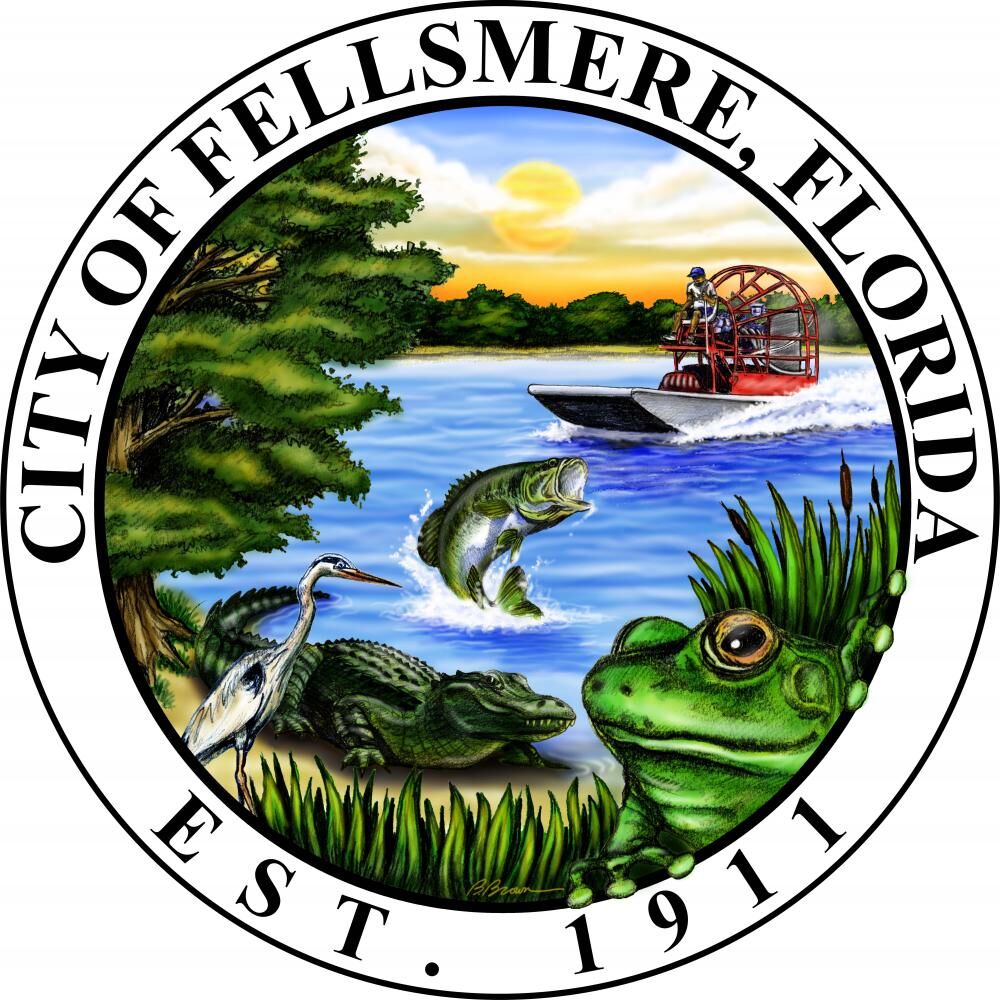 FELLSMERE - The city of Fellsmere will hold a public hearing on Jan. 14 to consider extending a moratorium on the land application of Class B biosolids.

Class B biosolids are solid, semi-solid, or liquid materials resulting from treatment of domestic sewage sludge from sewage treatment facilities.

Biosolids contain phosphorus and nitrogen, which scientists say promote algae blooms in surrounding estuaries and watersheds. Until 2018, biosolids were being applied on property near Blue Cypress Lake. Indian River County Commissioners and the Fellsmere City Council each passed temporary bans.

The Fellsmere City Council imposed a six month moratorium on Aug. 16, 2018. That moratorium has been extended four times since.

The county recently approved a one-year extension instead of the six month extensions enacted previously. Fellsmere city staff are requesting that the city council also extend the moratorium by one additional year.

“There is evidence of significant increases in phosphorus and nitrogen and incidences of harmful and potentially toxic algae blooms in Blue Cypress Lake,” County Attorney Dylan Reingold told the county commissioners, in comments that have been incorporated into the proposed Fellsmere ordinance. “There appears to be a correlation between the increases of nutrients in Blue Cypress Lake and the land application of biosolids.”

According to the proposed ordinance, “phosphorus and nitrogen pollution have been a long-term problem for surrounding estuaries and watersheds, as phosphorus and nitrogen promote algal blooms, fuel growth of noxious vegetation, and replace the unique natural ecosystem with one which is undesirable to humans and native wildlife.”

State legislation prohibits the land application of biosolids from adding additional nutrient pollution to South Florida waterways, but no such legislation covers the Treasure Coast. This difference in laws, according to Mr. Reingold, leaves “Blue Cypress Lake and the St. Johns River watershed as a cheap alternative for the disposal and land application of Class B biosolids generated in South Florida.”

Fellsmere held its first reading of the proposed ordinance on Dec. 10. The second reading and public hearing are on the council’s agenda for Jan. 14 at 7 p.m.

Both the city’s and the county’s moratoriums anticipate that the state will develop rules for the use of biosolids. An update on the state’s rule making can be found at https://floridadep.gov/water/domestic-wastewater/content/dep-chapter-62-640-fac-rulemaking.

To confirm that the biosolids moratorium remains on the agenda for Jan. 14, and to read any supporting documents and details of the proposal, visit www.cityoffellsmere.org/citycouncil/page/city-council-meeting-372 or call the city clerk office at (772) 646-6301, or email cityclerk@cityoffellsmere.org.