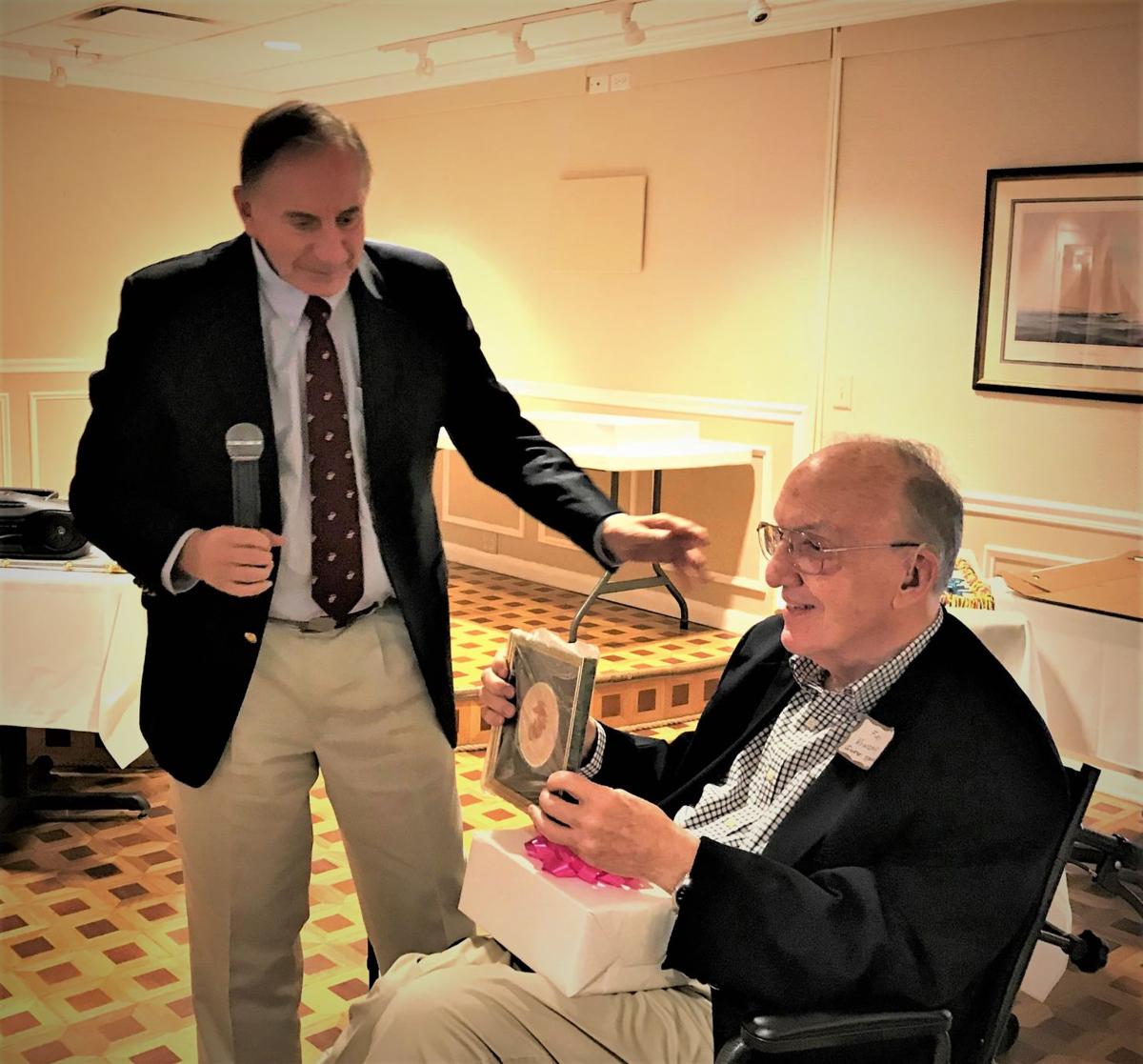 Col. Mike Di Scipio presents Fay Vincent with a plaque displaying the symbol of the Marine Corps, the eagle, globe and anchor. A serious accident in college prevented Mr. Vincent from eventually being commissioned an officer in the Marine Corps. 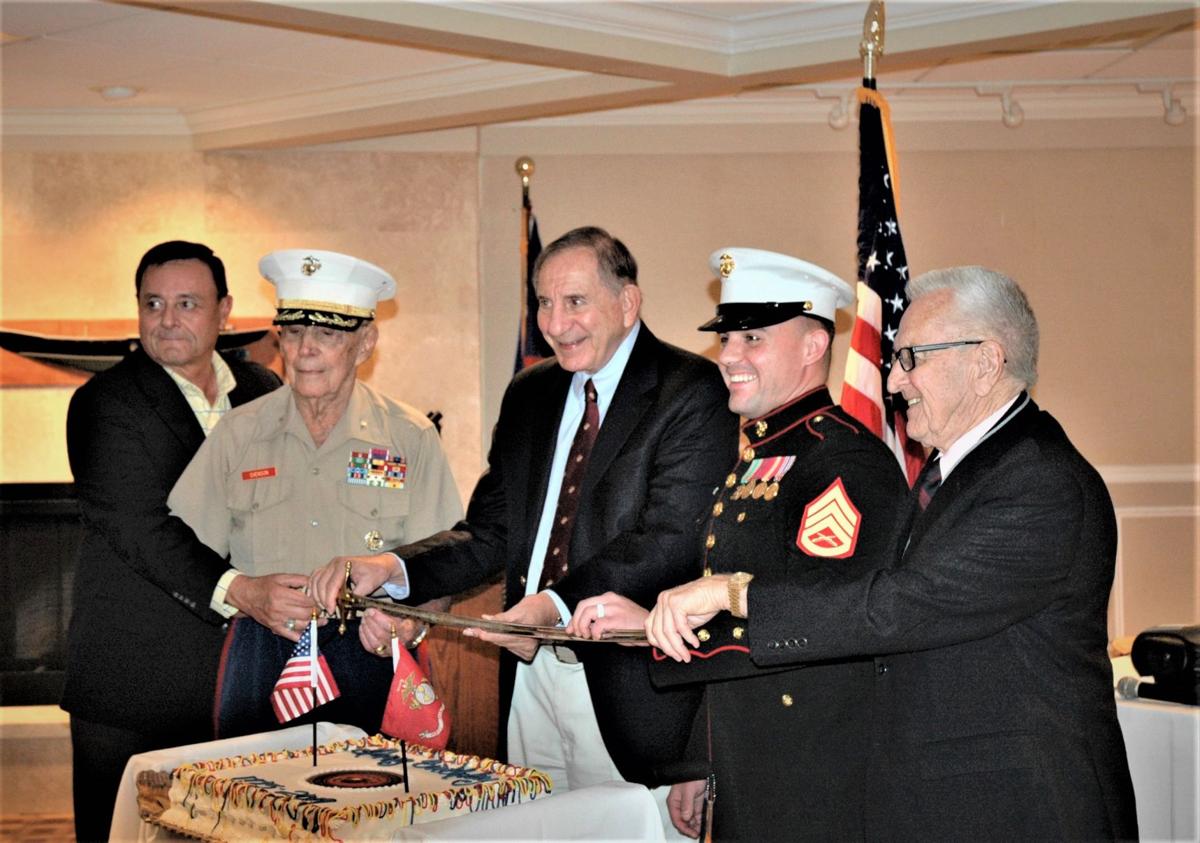 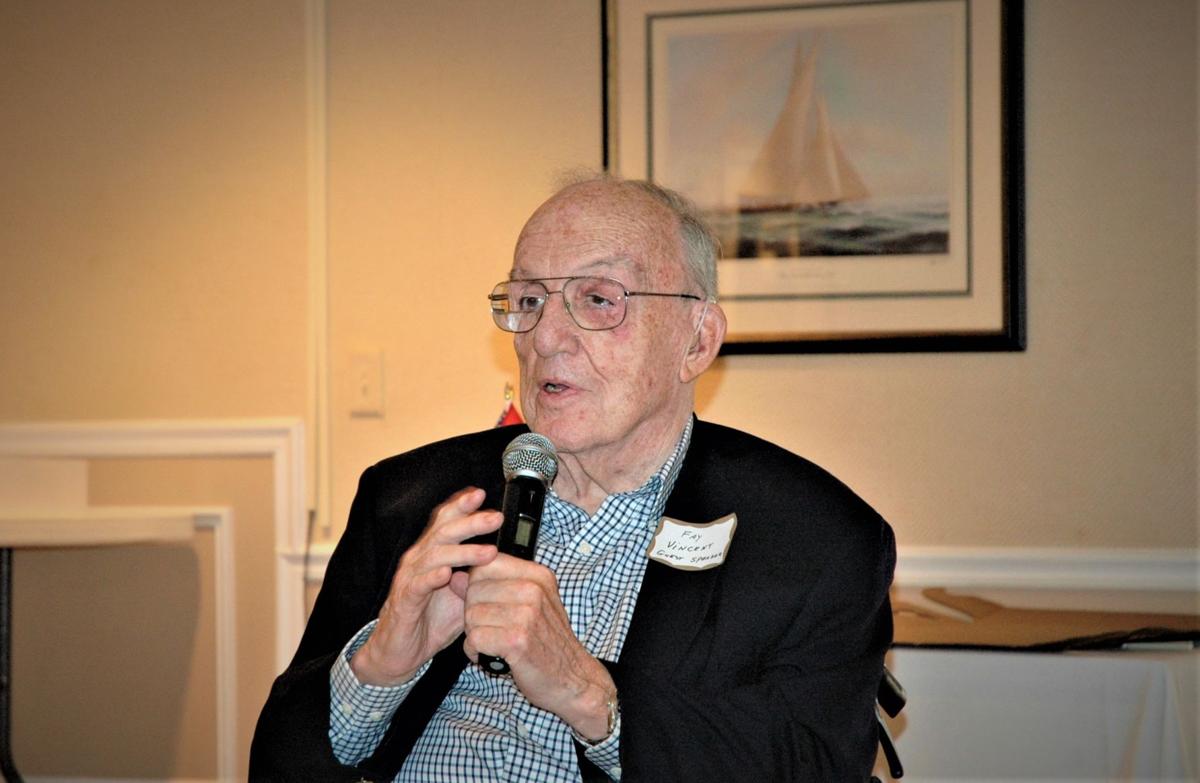 Col. Mike Di Scipio presents Fay Vincent with a plaque displaying the symbol of the Marine Corps, the eagle, globe and anchor. A serious accident in college prevented Mr. Vincent from eventually being commissioned an officer in the Marine Corps.

VERO BEACH - Former Commissioner of Major League Baseball Fay Vincent spoke on Nov. 15 at a celebration of the 244th birthday of the Marine Corps.

About 50 military officers and their guests attended the event at the Vero Beach Yacht Club. The talk was at a luncheon organized by the Indian River Chapter of the Military Officers Association of America.

Fay Vincent was commissioner of Major League Baseball from 1989-1992. He was baseball’s eighth commissioner, following the death of Bart Giamatti, for whom he worked as deputy commissioner.

Mr. Vincent presided over tumultuous times for MLB. When he was deputy commissioner, he was involved with the investigation into Pete Rose’s gambling.

One month after becoming commissioner, the World Series between the Athletics and the Giants in San Francisco was postponed for 10 days by the huge Loma Prieta earthquake. Mr. Vincent managed the league’s response.

That same year, Mr. Vincent dealt with a 1990 owners’ lockout of the players and the league’s expulsion of Yankees’ owner George Steinbrenner.

For Floridians, all of this pales next to Mr. Vincent’s role in the birth of the Florida Marlins, who began play in 1993 along with the Colorado Rockies.

After the talk and lunch, Col. Mike Di Scipio, USMC (Ret), presented Mr. Vincent with a plaque displaying the symbol of the Marine Corps, the eagle, globe and anchor.

Then there was a traditional cake cutting ceremony to celebrate the 244th birthday of the U. S. Marine Corps. Col. Di Scipio used his traditional sword to cut the cake and serve the first pieces to the oldest and youngest Marines at the event, Col. Ivar Svenson (retired) and SSg. Jordan Krenning, an active duty Marine recruiter in Vero Beach.

The Indian River Chapter of the Military Officers Association of America was formed in 1983 as a local chapter of the 355,000-person military advocacy association. Membership is open to active, retired, and former officers of the seven uniformed services and their surviving spouses.

The IRCMOAA is politically nonpartisan. It does inform members about voting records and positions that affect national defense and the interests of military officers and their families.