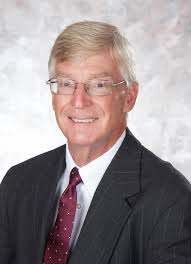 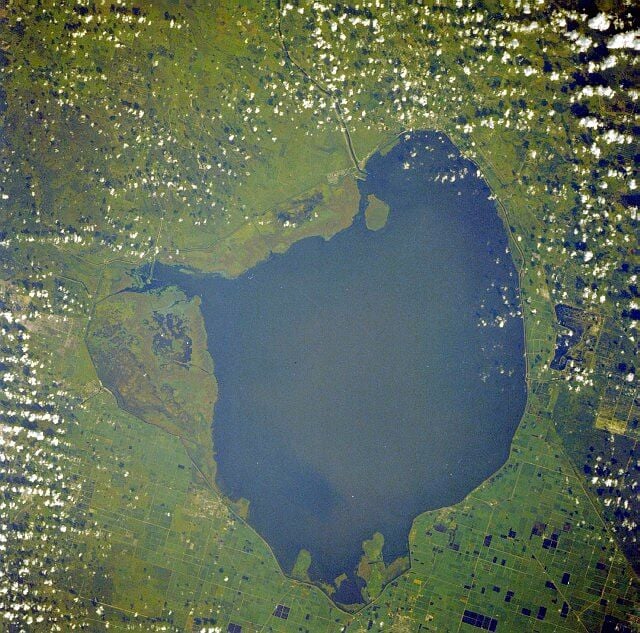 Long-term Stuart attorney Mac Stuckey and other activists say only a court order will save the St. Lucie River

STUART – Southeast Florida environmentalists and activists viewed the massive toxic algae blooms discharged from Lake Okeechobee by the U.S. Army Corps of Engineers that last few years as a call to arms to save both the Caloosahatchee and St. Lucie River estuaries, but some say now it may be too late to save the latter.

One of those, long-term Stuart Attorney Mac Stuckey, has a bold plan but insists it will require Stuart city commissioners to be willing to challenge the Army Corps in federal court in order to finally stop the discharges he says have slowly killed the St. Lucie River that he came to know and love as a six-year-old boy. He addressed the Board Nov. 9 and presented his plan, which he calls The Stuart on the St. Lucie Environmental Protection Act.

“The Corps of Engineers has screwed up the Lake, all the wetlands and the Kissimmee River for many, many years,” he said. “We cannot do anything about that – what we need to do is have our Environmental Protection Department [with] one goal, to go to all the meetings, meet with all the people involved and insist that the only acceptable solution for Stuart is the discharges stop. We’re not going to accept a reduction of the discharges, [and] we’re not going to accept treating the discharges. The discharges have muck and toxins … and they’ll never stop until the city insists they stop and gets a court order like the court order that protects the Everglades.”

Mr. Stuckey’s Protection Act contains several provisions, which begin with the Stuart Commission creating a series of ordinances designed to prevent discharges of pollutants from any source. Those would be followed with a creation of the city’s own Environmental Protection Department headed by an environmental attorney tasked with enforcing the new ordinances; analyzing every state and federal agency with the power to regulate discharges into the river; investigating private sources of pollution placed into the river upstream and seeking monetary damages for the subsequent cleanup and securing injunctions against the polluters; filing federal lawsuits or permanent injunctions to force the Army Corps of Engineers and other responsible parties to clean out the sludge and muck in the river and restore the dying and dead seagrass and oyster beds; and providing post-restoration monitoring and protection of the river.

Mr. Stuckey first apologized to commissioners, explaining that his passion for the river sometimes gets the best of him. He attributed his lifelong love of the St. Lucie to his first impression upon arriving from his native South Carolina.

“We live in a wonderful place surrounded by a very dark shadow, and I have studied this problem for a long time,” he explained. “When I came here in 1956, we rode across the Roosevelt Bridge, and that place was lined up with fishermen, knee-deep with all kinds of wonderful fish, so you would never starve to death in Stuart, ever. But I shudder to think that anybody would eat anything out of our river today, and I see poor people out there fishing for food, and it breaks my heart. The only goal that’s acceptable to the City of Stuart should be that those discharges from Lake Okeechobee through the C-44 Canal and the St. Lucie Locks stop.”

Mr. Stuckey warmed commissioners they might have to take on the Army Corps without much help from Martin County, whose majority of commissioners he said were beholden to Big Sugar. He insisted they would not be alone, however, due to the support of Rep. Brian Mast and an entirely new board governing the South Florida Water Management District.

“Brian will help us fight within the federal system, and our governor put in a South Florida Water Management Board that will be receptive,” he emphasized. “So, this is a time in history that won’t last, and if we do not move to take advantage of it right away, the time will pass. Frankly, I do not know how much longer our river has.”

Commissioner Merritt Matheson was the first commissioner to agree that legal action might be a recourse for the city. He himself hinted at legal action after the last blue-green algae plague that clogged up the city’s canals and waterfront, but he’s since taken on a more cooperative stance with the Army Corps of Engineers as they formulate the new Lake Okeechobee System Operating Manual. Since the Corps has a meeting planned with city officials in December, the commissioner wants to take a wait-and-see attitude.

“They did work with us a lot through the beginning of the summer, backflowing the C-34 into the lake,” he said. “Maybe a river attorney/environmental protection process is the way to go. I’d like to create some sort of fund for this process in the future. Perhaps staff can bring back some of their thoughts on Mr. Stuckey’s presentation and we can discuss it a little further once we’ve heard the Corps’ presentation.”

“I do agree, let’s hear from the Corps when we meet with them and the Water Management District, and I’d like to talk more with county staff as much as we’re able to hear about what their strategy is,” he said. “I’ll say that I’m open to supporting what kind of determination you make after meeting with the Corps.”

One of the region’s most prominent voices on the environment, Florida Oceanographic Society Executive Director Mark Perry, spoke to the Commission via telephone and agreed with the urgency of the issue expressed by Mr. Stuckey.

“It’s been going on for a long time, and we’ve got to stop it,” he said. “We have a lot of people in good leadership positions throughout our state and even at the federal level, and we have the right time to go ahead and really press forward. When we dig into the laws that govern our state, our country and our waterways, we can really determine that this is the right thing to do. And the way to stop it is for us as the City of Stuart to stand up and really take some action.”

Indian Riverkeeper Executive Director Mike Conner also addressed the Board via telephone, emphasizing the he’d changed his own stance on legal action over the last few years and now viewed the St. Lucie River as “a dying patient.”

“I’ve done a lot of soul-searching about this in the last 48 hours, looking at the river like I have in the last few days,” he said. “In my 27 years here, I’ve never seen it look worse. I don’t think this river can bounce back from every blow it takes. Every time we have a discharge in it, the ability of this ecosystem to come back is weakened. I would encourage the Commission to look at Matt Stuckey’s recommendation.”

Following Mr. Stuckey’s presentation, City Attorney Michael Mortell described the results of a recent lawsuit brought against the U.S. Army Corps of Engineers and other federal organizations by the Center for Biological Diversity, the Calusa WaterKeeper and the WaterKeeper Alliance for damages done by the discharges to the Caloosahatchee Estuary and its interconnected waterways. In his rendering, the judge gave the Army Corps a year to complete an analysis of its Lake Okeechobee Regulation Schedule and the impact of its discharges on both the Caloosahatchee and St. Lucie estuaries and the various forms of endangered wildlife in the former. Mr. Mortell believes the judge’s order is particularly encouraging because it included the St. Lucie River.

“It’s very clear that the study can be challenged by anybody that thinks they didn’t use best evidence,” he said. “It’s also clear since the Army Corps has already admitted the water is toxic, they’re not going to back down from that in their report. So, from a standpoint of good news versus bad news, it is really good news.”