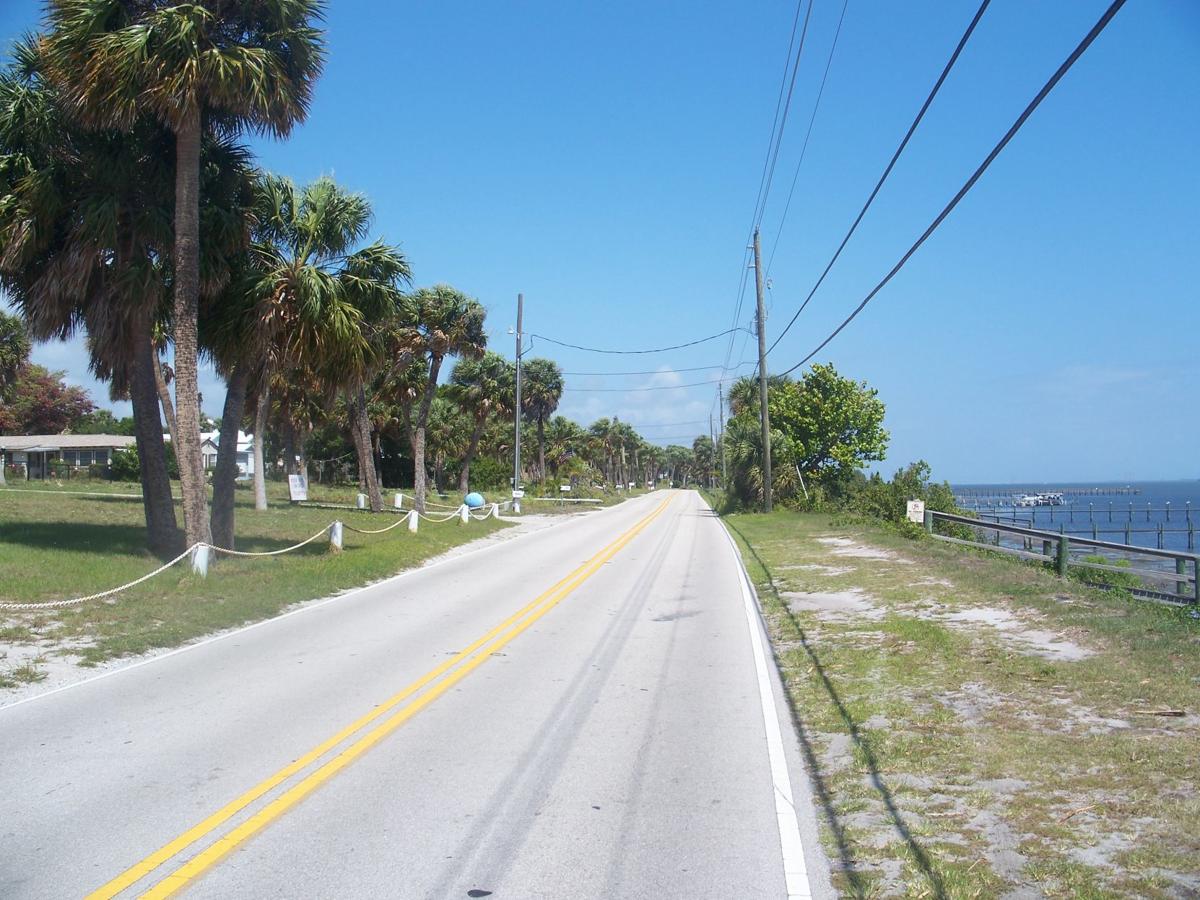 FORT PIERCE – St. Lucie County officials held a townhall meeting Oct. 13 to inform the homeowners along Indian River Drive of the final list of planned improvements they hope will begin to slow motorists down along the scenic highway that’s seen numerous fatalities over the last few years.

County Commission Chairman Chris Dzadovsky launched the latest discussion, admitting that residents had complained for over a decade of speeding vehicles along the Drive.

“First of all, I just want to say thank you to each and every one of you who have been participatory in this process for over 12 years,” he said. “This is a long time coming. Your input has been invaluable to secure the support of the Board of County Commissioners.”

The county’s outside consultant on the project, Kimley-Horn Engineer Brian Good, provided an update on the final list of improvements that staff had altered since the last public meeting on the topic several months ago. Mr. Good reminded the commissioners and public in attendance of the results of the 2018 feasibility study conducted on the 13.7 mile stretch of the roadway between Citrus Avenue in Fort Pierce to Countyline Road in the south and emphasized the cost increase of improvements on Phase 1, which covers the 6.2 miles between Midway and Walton roads. The Commission originally allocated $750,000 for the work, a figure now topping $1 million.

“At that time, the exact number and extent of improvements had not been identified,” he said. “With the recommendations that will be presented this evening, the cost of the project is approximately $1,270,000. So, it will take action on behalf of the Commission to allocate additional funding for the implementation of the projects.”

While dynamic-speed feedback signs, new roadway striping and drop-off repairs for the failing edges of the Drive represent slightly more than half of that amount, Mr. Good admitted that cape sealing of the roadway edges as part of Phase 1 would cost at least $600,000.

“One of the chief complaints that had been brought forth is the drop-off hazards along Indian River Drive, principally along the eastern edge of pavement,” he explained. “In the edge repair, we’re going to be cutting back the asphalt two feet into the road. It’s really about sealing that joint and prolonging the useful lifespan as much as having a uniform area for new striping to be installed. So, it’s as much about protecting the county’s investment as it is anything else.”

After Mr. Good finished his presentation and Chairman Dzadovsky opened up the meeting for public comment, the two got an earful from residents still clamoring for speed tables similar to those seen just south of the county in Ocean Breeze. The first of those was Don Root, who has worked side-by-side with county staff over the last decade to see safety improvements on the Drive come to pass. Mr. Root lamented the current lack of roadway striping between Citrus Avenue and Savannah Road in the Fort Pierce section of the Drive as well as the obvious lack of speed tables in the ongoing conversation.

“I guess what we’re saying here is we’re not going to talk about speed tables anymore,” he said.

Mr. Good reiterated the county’s stance that such effective traffic control devices could inherently be more dangerous to motorists, particularly if they came up to fast upon them in the dead of night.

“Speed tables were evaluated and not recommended, specifically because of the narrow right of way of the corridor, the number of obstacles that exist within the recovery area of Indian River Drive, as well as the drop-off condition on the east side,” he explained. “A speed table is a vertical movement of the vehicle, and we feel that because of the conditions of the corridor, implementing that within these six miles could represent a greater hazard to motorists.”

As far as Mr. Root’s safety concerns due to the lack of roadway striping, Chairman Dzadovsky tossed that issue firmly into the laps of Fort Pierce officials.

“We have an interlocal agreement with the City of Fort Pierce regarding maintenance of that particular road [and] they are responsible for that section,” he said. “We suggested that we would move forward with that if they were to agree to paying for the cost of doing the double-yellow lines and so on. They were not really conducive to coming to the table, so that’s where that sits today.”

Indian River Drive homeowner Ernest Rondeau also expressed his backing for the now-rejected speed tables, as well as the streaming video SkyCop technology, which was ultimately deemed too expensive by county staff.

“In front of my house it’s a straightaway, and I’ve seen trucks passing two or three cars at a time,” he exclaimed. “I’m not talking about pickup trucks – I’m talking trucks. I don’t know what all this is going to have to do to slow down the traffic. I was in favor of the speed tables, but also that skycam or whatever you called it where people could have been registered and issued tickets because they were speeding or passing in a no-passing zone.”

Like most of the public speakers that evening, Mark DeRosa thanked county officials for installing the stop signs at Midway and Walton roads over the past year or so. He also backed the novel SkyCop technology and lamented the latest fatality that occurred with a 28-year-old man sailed through the Midway Road stop in September and ended up the Indian River.

“If there can be anything to do to slow people down somewhere between the railroad tracks and the road – a speed table, something – and a guardrail across the street to keep people from going over,” he said. “I would like to see the speed limit lowered to 30 miles an hour [on the Drive]. I think it would establish the road as more residential in nature.”

Another long-time partner in the conversation, Jackie Fitzpatrick, likewise lauded the stop signs and suggested the county consider others where there were several homes together. She also lamented the cost of the cape sealing of the roadway.

“It’s just so disappointing that these funds are now being allocated towards maintenance as opposed to safety,” she said. “So, I feel like even if we need to go back to the drawing board and discuss things that are actual safety improvements, that would be beneficial.”

Mr. Good then attempted to defend the $600,000 price tag and insisted the cape sealing would improve safety by eliminating the sudden drop-offs of the roadway, particularly along the eastern edge.

“It’s going to give a uniform surface for the road for the reinstallation of traffic striping and raised pavement markers,” he explained. “It’s actually the least-costly form of resurfacing a road. We’re talking six miles of road. Anything you do over six miles of road starts generating high numbers.”

Ms. Fitzpatrick subsequently recalled initial county opposition to the speed tables resulted from the weakened edges of the roadway and wondered if the idea could be resurrected once the cape sealing was finished. Chairman Dzadovsky shot that idea down.

“I don’t think the tables have been suggested by the engineers,” he said, “More-so, the foundation issue is about the constraints of the road more than anything for the tables.”

“We’ve been at this for so long, and cape sealing and repairing the road, you can’t convince me that’s a safety improvement,” she exclaimed. “Honestly, I feel like my time’s been wasted if this is what we’re going to spend close to a million dollars on. The time is now to start thinking outside the box because people are dying on this road.”

Chairman Dzadovsky did his best to encourage her, emphasizing that he’s waited 12 years to finally see the action that is now taking place.

“You’ve got stuff done, and to be able to add to this as we go forward, is only more beneficial,” he said. “Stay at it, and we’re going to see the results of this probably within six months of the completion of this project.”