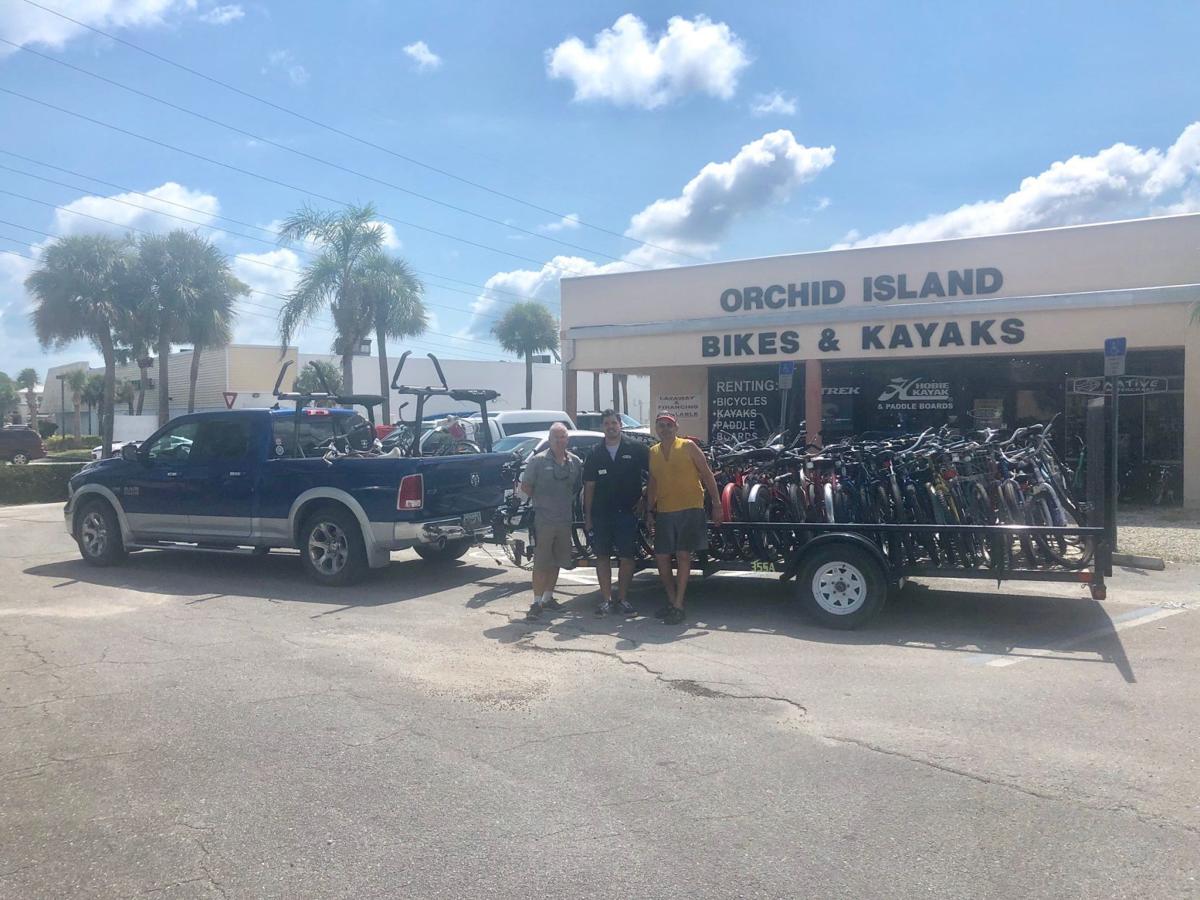 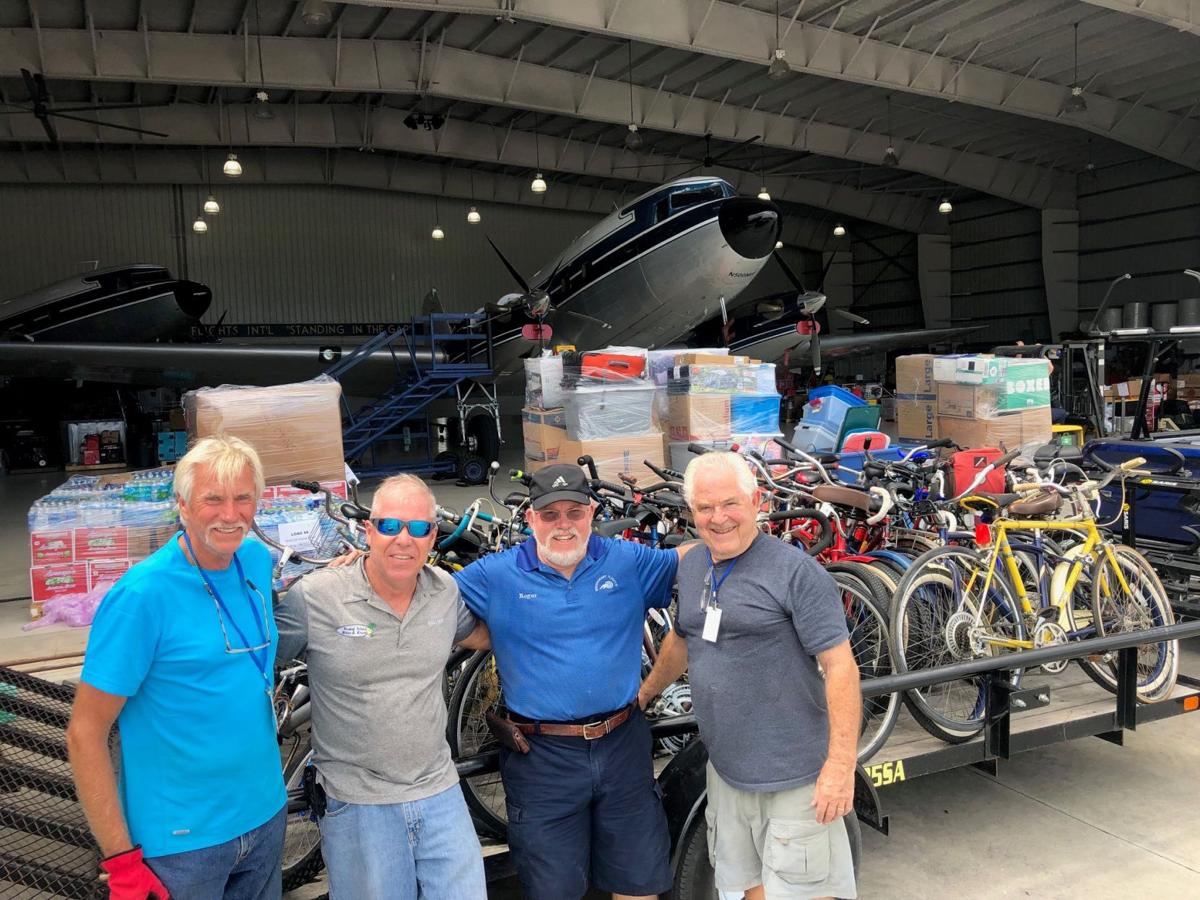 Malcolm Allen with Missionary Flights International staff and volunteers with bikes and other supplies donated to the Bahamas. MFI is sending all these supplies to the Salvation Army’s Bahamas relief base in Freeport. 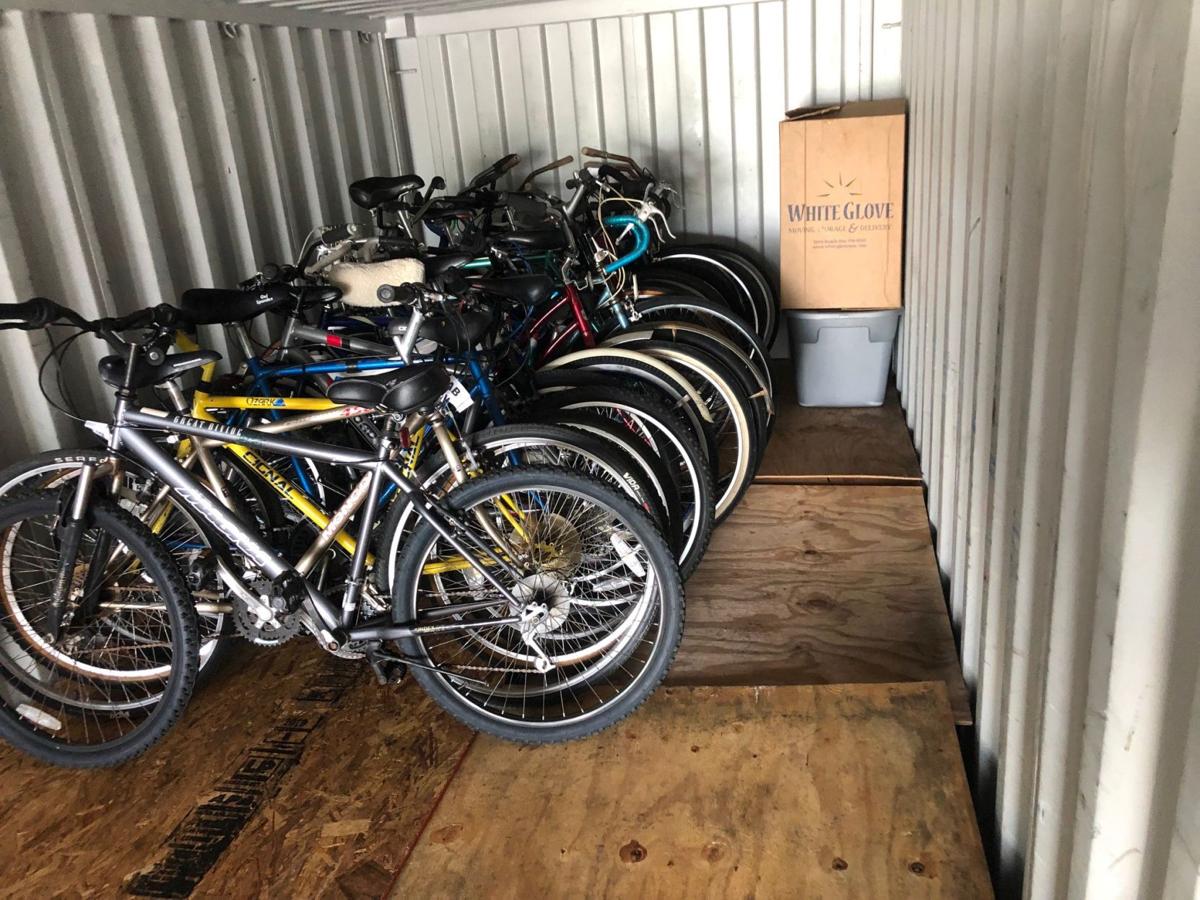 Part of the container Bike Walk Indian River County and MFI sent to the Bahamas. Plywood was placed on top of pallets of water bottles so bikes, clothes, tents, and tools could be loaded on top.

Malcolm Allen with Missionary Flights International staff and volunteers with bikes and other supplies donated to the Bahamas. MFI is sending all these supplies to the Salvation Army’s Bahamas relief base in Freeport.

Part of the container Bike Walk Indian River County and MFI sent to the Bahamas. Plywood was placed on top of pallets of water bottles so bikes, clothes, tents, and tools could be loaded on top.

TREASURE COAST - An Indian River County non-profit has just shipped 43 bicycles to the Bahamas to aid in storm recovery.

“After the hurricane blew through and devastated the Bahamas, one of our clients suggested that we send some bikes from our bike rehab program to the Bahamas,” Malcolm Allen, owner of Orchid Island Bikes and Kayaks and a volunteer with Bike Walk Indian River County, told Hometown News. “Cars and roads have been destroyed. People have to walk on foot here, there, and everywhere.”

“So we reached out to others who were working on getting relief supplies sent over. At first they said yes, and we prepped a bunch of bikes. Then that fell through, and we were sitting on a bunch of bikes that were prepped and ready to go.”

Bike Walk Indian River County had been trying to ship bikes to the Bahamas since Hurricane Dorian hit about a month ago. The first effort was stopped by the Bahamas government, which didn’t want the bikes going to the hardest hit area, the Abaco Islands.

“The Bahamian government didn’t want us to ship bikes there because they want to get those people off the island, so they can do massive cleanup and restoration there before people come back. It’s just not safe to be there,” Mr. Allen said.

“But these bikes are now heading to Freeport, which was also hit pretty hard, but not as hard as the Abaco Islands.”

The bikes were included in a cargo container shipped to the island by Missionary Flights International in Ft. Pierce.

“One of our board members, Greg Speck, was at an event for Missionary Flights International. They were in the process of shipping supplies to the Bahamas. Greg asked if they would have a way to get the bikes over. They looked into it and said absolutely. So in a very short time window, they had a container arriving. We prepped a bunch of bikes, we ended up with 43 bikes total, and took them to Missionary Flights this afternoon. We loaded them into a cargo container, and today or tomorrow that is getting shipped to the Freeport area.”

“It was too much gear, and too heavy to fly over,” Mr. Allen said. “While MFI does fly things over, they also have partnerships with freight shipping companies. They arranged to have the containers shipped. The 40-foot container was filled to the brim, with everything from clothes to plastic storage bins, pallets of bottled water, and bikes. They should be arriving in the Bahamas by this weekend or early next week.”

Asked where all the bikes come from, Mr. Allen gave some credit to Hometown News readers.

“The bikes came in from stories like the ones Hometown News has written,” Mr. Allen said. “We get calls now on a daily basis asking if we’re collecting bikes for the Bahamas. People have heard about the effort, and are dropping bikes off at our shop, almost every day.”

While used bikes may not seem like a big deal to the donors, they can save lives in areas where there is no other transportation.

“There was a lady in the Bahamas who had to walk over eight miles to get basic supplies,” Mr. Allen said. “There was no transportation. She was walking eight miles in the heat and carrying the supplies back. This is going to help people get around, to go and collect supplies, food, diapers, clothes, whatever they need to survive.”

“We generally have more adult bikes available to us than kids’ bikes. Our organization also does local distributions with GYAC, the Sheriff’s Department, United Against Poverty, and other organizations. We distribute a lot of kids’ bikes through them.”

Donors are asked to continue donating bikes, both adult and children’s, and supplies like pumps, but not helmets.

“We can’t assess the condition of used donated helmets. For all local distributions, we get an inventory of brand new helmets from the state, free. So we do provide free new helmets at all local bike distributions. But if we get some pumps donated, we can send those with the next ship to the Bahamas.”

Mr. Allen says the group is hoping to send more bikes to the Bahamas. Those that don’t get sent to the Bahamas will be distributed in Indian River County.

“We’re now rehabbing more bikes for an expected second effort. We don’t know if MFI will have that capability in the next few weeks, but we will make every effort to do it again. But no donations go to waste. This week we’ve got 17 bikes being distributed at United Against Poverty. Last week we distributed 16 bikes at GYAC.”

People who don’t have a bike but still want to support the effort can make a donation to Bike Walk Indian River County. Mark the check for Bahamas Relief and drop it off at Orchid Island Bikes and Kayaks, where you can also drop off bikes and pumps.