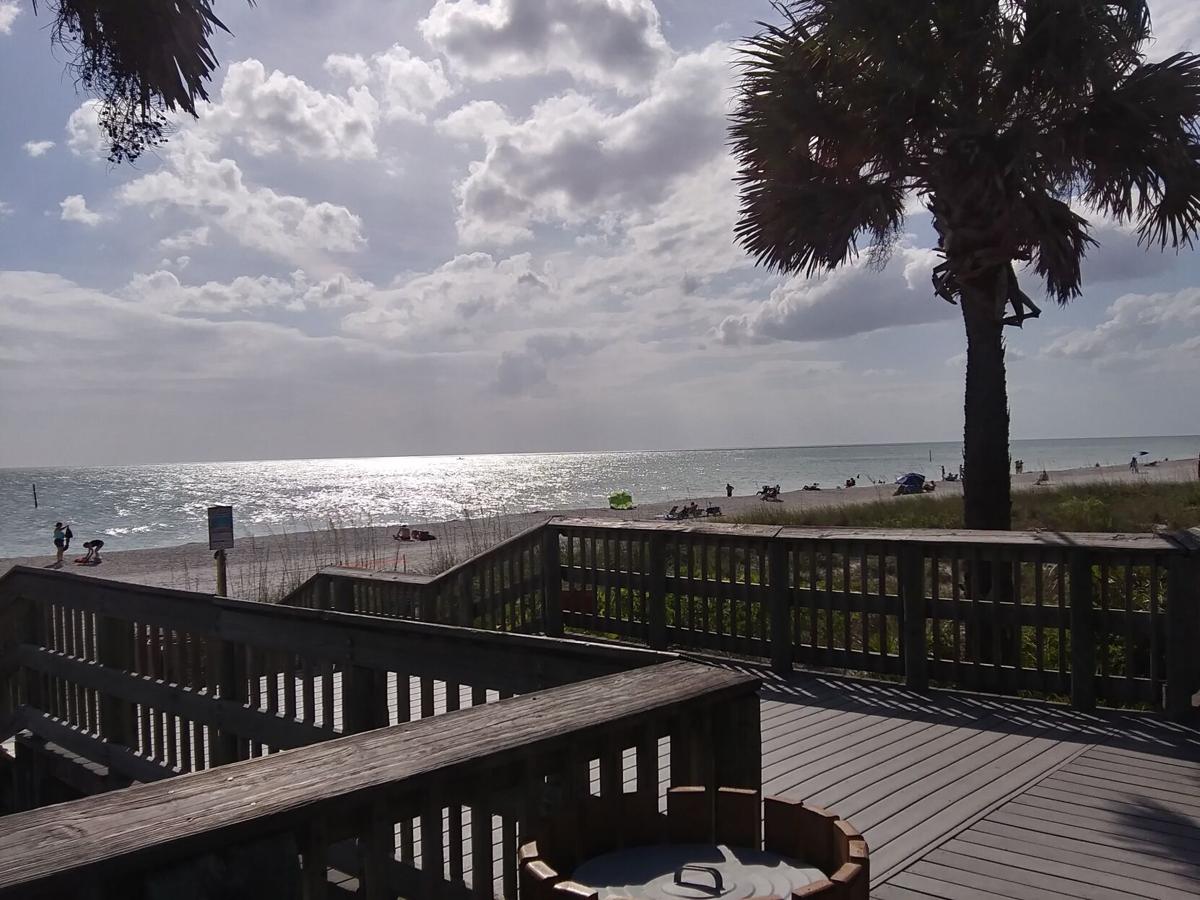 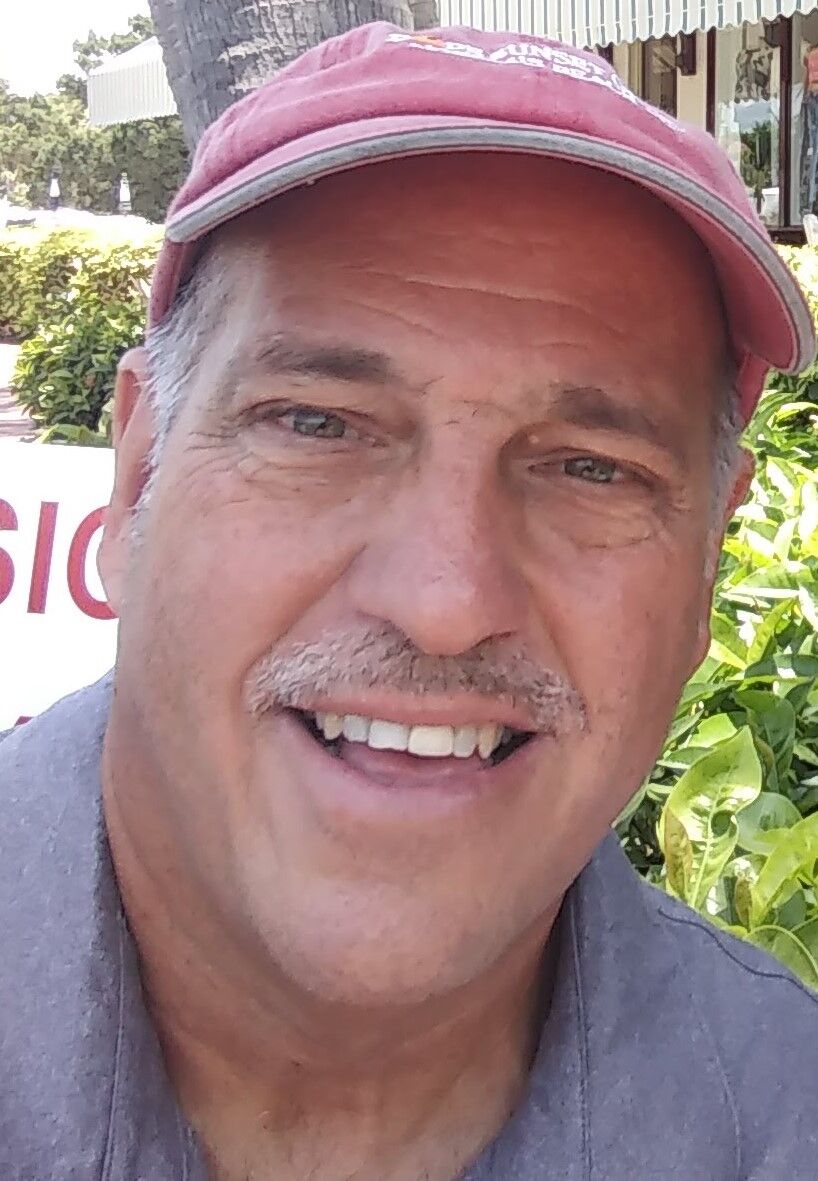 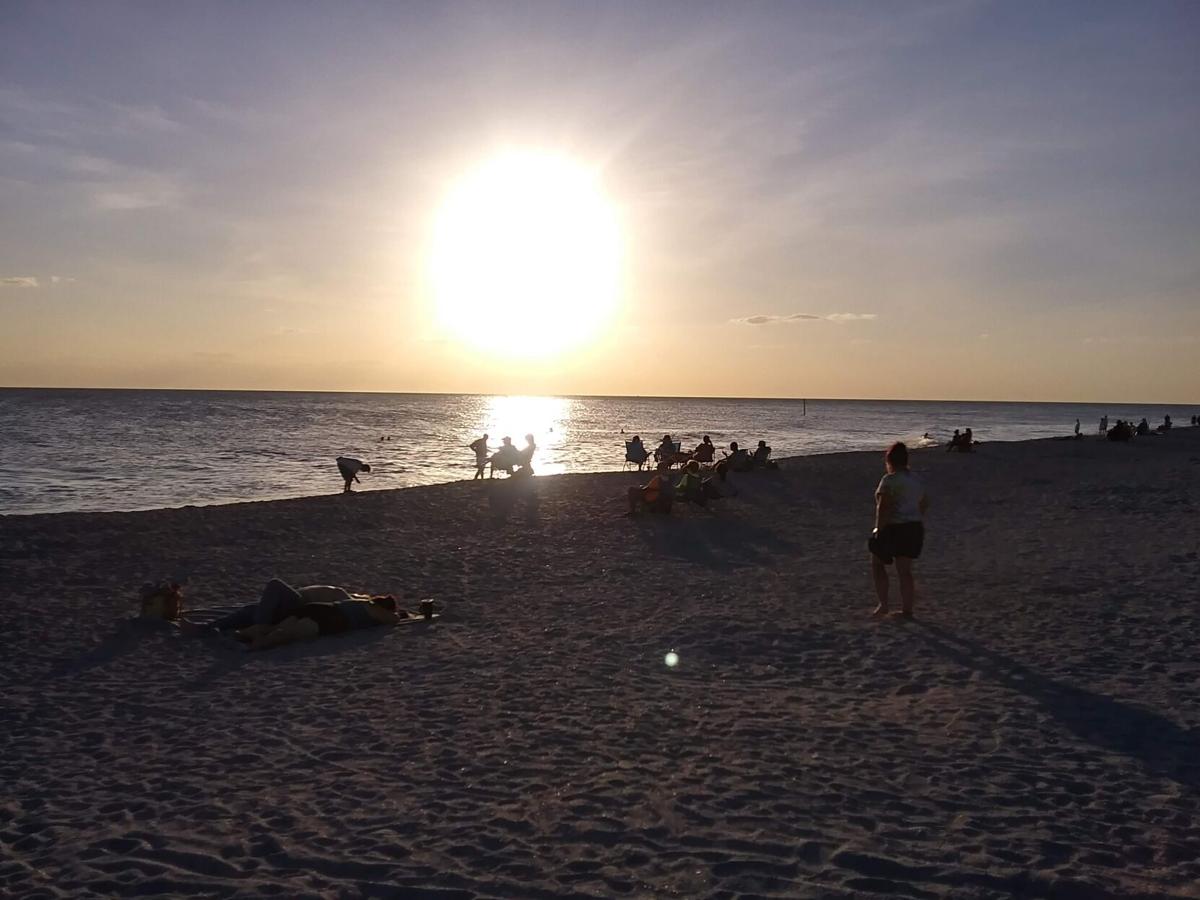 ENGLEWOOD – To me it seems like years since my last column due to increasing newspaper responsibilities and a pandemic that kept most people close to home for more than a year, so I decided to get back in the Weekend Wanderer saddle with what’s the most unexplored coastline in Southeast Florida.

While my wife Gloria and I have frequently visited the Sarasota-Venice area as the nearest Gulf destination to the Treasure Coast, we have not stayed south of there in many, many years. In fact, we began our journey together as husband and wife not far from here, without realizing how close we actually were on this trip. In October of 2003, we spent the first part of our honeymoon on Palm Island in Cape Haze before returning to Miami for a flight to Maine where we photographed lighthouses up and down the coast for a travel story. We did not know back then that we missed a lighthouse very near to our Florida resort that would take us two decades to actually see.

For the visit this time I selected the Grove City Motel for a two-night stay because it sits midway between Englewood and Cape Haze and offers close proximity to the attractions of both areas. This 1950s-era mom-and-pop motel provides a division of spaces not found in hotels apart from expensive suites and gave me my much-needed workspace since I’m never really on vacation. Each of the rooms here has a full kitchen, living area and separate sleeping area and bath, which was very common in such Florida lodgings a half a century ago. The owner has completely refurbished the lodging, which now features flat-screen TVs and complementary Wi-Fi, along with a swimming pool and a lush rear garden for enjoying your morning coffee.

After settling into our mini-apartment, we drove out to explore Englewood and discovered its quaint downtown area after turning west on Dearborn Street from State Route 776, one of the primary highways bisecting this region. The first thing we noticed was an outdoor café along this two-block stretch and decided to stop and quench our later afternoon thirst.

This was the Mango Bistro, a vegetarian spot serving deliciously smelling tapas and featuring a full coffee and smoothie bar, along with a good selection of beer and wine. We particularly enjoyed chatting up another couple on the patio who turned us on to the local sites, particularly because we wanted a good spot for watching the sunset over the Gulf of Mexico.

They directed us to the nearby Veterans Memorial and Freedom Pavilion and Indian Mound Park, both offering good views of expansive Lemon Bay. We still had more than an hour to sunset, however, so we crossed the bay to Englewood Beach on Manasota Key.

This barrier island is extremely popular with cyclists due to the views of the water and the overarching tree canopy on the northern end that forms a shady tunnel along the narrow roadway. Here you’ll find free parking and beautiful boardwalk offering picnic tables and shady spots for those wishing to take a hiatus from the sun.

There’s a handful of restaurants within easy walking distance as well. Stump Pass Beach State Park lies on the southern tip of the key, which boasts its own beach, hiking trail, picnic tables and kayak launch. Our late afternoon was virtually cloudless, providing us with another memorable Gulf sunset.

The next morning, we discovered a great breakfast spot next to the Grove Motel called Coffee & Friends Breakfast Restaurant. Indeed, everybody seemed to know everybody there and made us feel like family, and the quality of the food was excellent. Soon we were heading south along SR 775 – also known as Placida Road – which actually does a loop around the massive Rotonda West development near the tiny artsy town of Placida where the Myakka River dumps into the Gulf.

It was along this route that I glimpsed the Palm Island Ferry sign out of the corner of my eye and realized just how far we’d come the last 18 years. I made a U-turn to drive down the dirt entrance to verify that we were indeed in the same spot where we crossed in the night to begin our life together.

Further down SR 775 we saw the sign leading to Boca Grande, an exclusive little community situated on the southern tip of Gasparilla Island that juts out into the confluence of the Charlotte Harbor Estuary and the Gulf. The drive over the toll bridge onto the island is worth the trip alone, offering the most expansive water view we’ve seen since driving the Seven-Mile Bridge in the Florida Keys.

This isolated spot began as a fishing village in the late 1800s but grew rapidly during the next century when a railroad line was extended from the mainland to ship phosphate from the banks of the Peace River some 20 miles to the east. In addition to phosphate headed to ships offshore, those trains soon began transporting wealthy northerners in the winter who came to stay in the Gasparilla Inn & Club, which first opened in 1911 and has gone through several expansions over the last 100 years.

Today the Inn is one of the largest surviving resort hotels from that era and is listed in the Florida Historic Hotels of America and the National Trust for Historic Preservation. After a brief walk downtown, we decided to head back to the mainland and return later on in the day for an afternoon swim.

Back near our lodging, we dined in a unique establishment I’d noticed during my morning walk known as Ken & Barb’s Grove City Kitchen. Earlier that day I had explored the adjacent Cedar Point Environmental Park that protects 115 acres of this important estuary. Although the huge dining room here exudes a rustic charm from the warm wood interior, we opted to sit outside to dine overlooking Oyster Creek, a small body of water feeding into Lemon Bay.

After a brief rest at the motel, we headed back to Boca Grande, but not before stopping to see the location of the highly recommended Lighthouse Grill at Stump Pass. This gorgeous open-air restaurant offers a great vantage point for the sunset and never lacks for a breeze due to its perch overlooking the bay. Vowing to return in the future, we continued on to Gasparilla Island State Park, where we finally found the Port Boca Grande Lighthouse we’d missed so many years before. We had this immaculate stretch of sugar-white sand almost to ourselves that afternoon as we frolicked in the cool shallow water of the translucent Gulf.

Also nearby is Don Pedro Island State Park, which features 100 acres on the Cape Haze land- base side and a mile-long sandy beach on its barrier island counterpart. The ferry to the island is temporarily suspended, however, so you’ll need to bring your own boat or kayak or rent a vessel to visit.

One reason this area has remained so pristine over the years is its relative isolation from large population centers and major highways. Cape Haze and the causeway to Gasparilla Island lie some 18 miles from I-75 and 11 miles from U.S. 41, also known as Tamiami Trail. The easiest route from the Treasure Coast is taking SR 70 east to Arcadia and then following SR 72 to County Road 769. From there, you’ll hang on a right on Veterans Boulevard just past I-75 and follow that for about 25 miles to Englewood.

*The Lighthouse Grille at Stump Pass