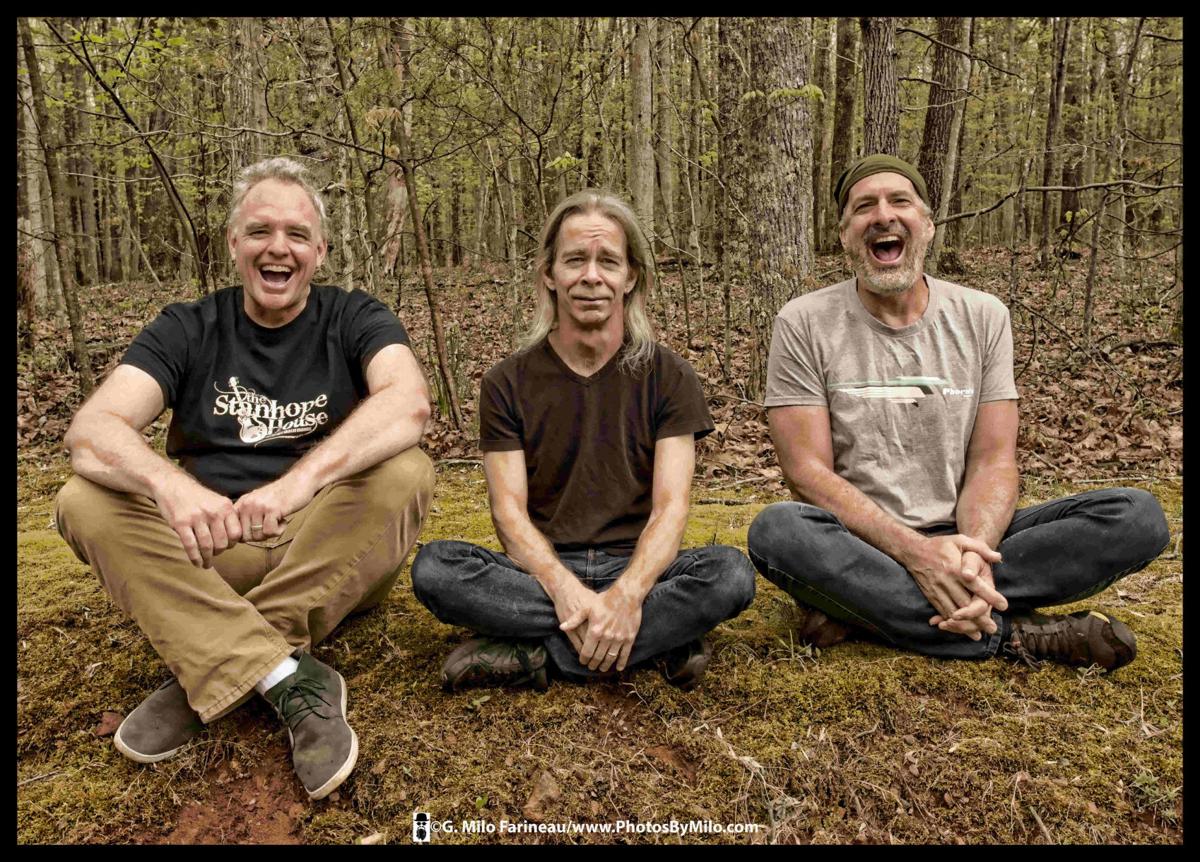 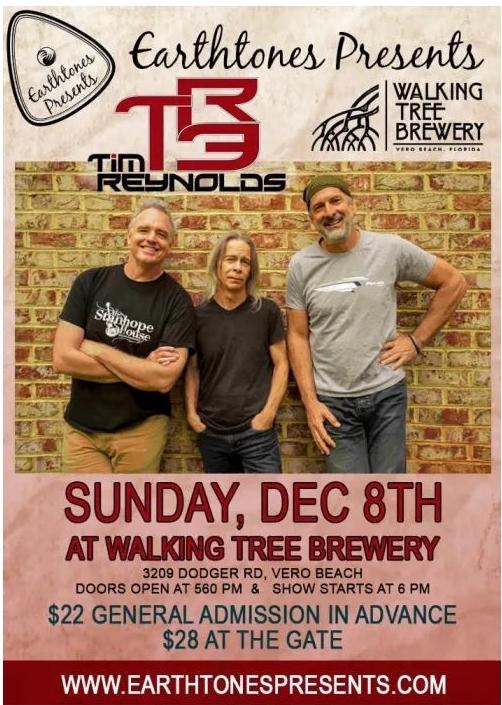 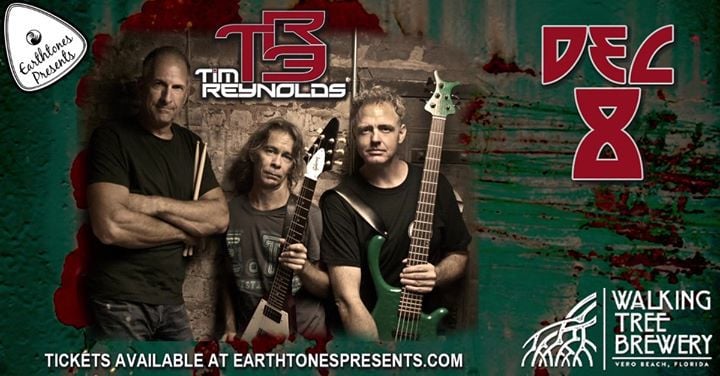 VERO BEACH - Tim Reynolds, the master guitar player from the Dave Matthews Band, is on a national tour with his Tim Reynolds Trio that includes an intimate show Dec. 8 at Walking Tree Brewery in Vero Beach.

Vero Beach is the only small town on the tour. Looking at the famous concert halls in big cities on the TR3 schedule, the Vero Beach show almost appears to be a clerical error, but it’s not, and tickets are selling fast. In February, Tim Reynolds returns to the road with Dave Matthews.

Playing in TR3 with Mr. Reynolds are bassist Mick Vaughn and drummer Dan Martier. The three have been playing together since about 2007. Their new album, some of which they’ll play in Vero Beach, is called “The Sea Versus The Mountain.” TR3 is also known for unexpected covers of diverse artists like Led Zeppelin, King Crimson, and James Brown.

“For us, this is amazing,” Ms. Malone told Hometown News. “We are blown away that he’s going to be here. I remember seeing Dave Matthews Band when I was in college before “Under the Table and Dreaming” (the 1994 debut album that launched DMB to stardom). I can’t even tell you how many Dave Matthews concerts I’ve gone to in my life.”

The show will have a capacity of about 400, which would make it the largest indoor show so far at Walking Tree Brewery. Most of their bigger shows like Battle of the Bands are on the outdoor stage.

The concert came about through a new partnership the brewery has with Earthtones Presents, a Stuart company that now handles booking for Walking Tree.

“They are helping us make connections with new bands,” Ms. Malone said. “They were contacted looking for a small specialty slot, and they made the connection happen.” The show is the last of four Florida concerts on the TR3 tour, after Key West, Boca Raton, and Tampa.

Walking Tree Brewery hopes this is only the first of many big acts for the venue. If the TR3 show succeeds, they hope to try more big name shows.

“We would love it,” Ms. Malone said. “Music is a huge part of what we do here, and in all of our lives, and we have the space. We would love to do a lot more live music here.”

Ms. Malone added that the city of Vero Beach and the brewery’s neighbors have been very welcoming.

If you want to attend this rare local show from a true rock guitar god at the top of his game, get tickets fast. “We’ll be sold out,” Ms. Malone anticipated.

For tickets, follow the links from the Walking Tree Brewery Facebook page or www.walkingtreebrewery.com. Tickets are also available at the brewery.