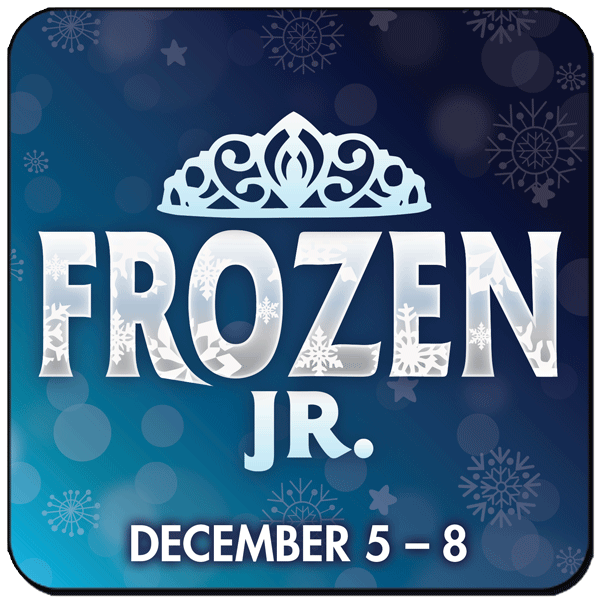 Inspired by the story The Snow Queen written by Hans Christian Andersen, Frozen, the movie, quickly became the most successful musical and animated film of all time when it was released in 2013 earning over $1.2 billion worldwide. A Broadway production opened in 2018.

Frozen Jr. is a one-hour version of the show specifically created for young performers. It includes the silly humor, great music, and inventive story from the original.

“We are extremely excited to be the first on the Treasure Coast to present this wonderful show,” said Kevin Quillinan, director of education at Riverside Theatre and director for this production. “It is a timeless story of sisterhood and family bonds that are stronger than any magical powers or external villains.”

“Most of our cast fell in love with this movie when it first came out, so there’s a nice nostalgia for them to become their favorite characters. This is a very touching story and I have been moved by the simple power of these kids singing and harmonizing these beautiful songs together. In a world that often feels so chaotic and out of control, there is such beauty and magic in watching these kids create this show for our stage.”

Featuring a cast of 41 young performers, Frozen Jr. tells the story of two princesses, Anna and Elsa, who happen to be sisters and the re-connection of their estranged relationship.

Tickets are $10 and can purchased by calling the Riverside Box Office at (772) 231-6990 or online at www.riversidetheatre.com.