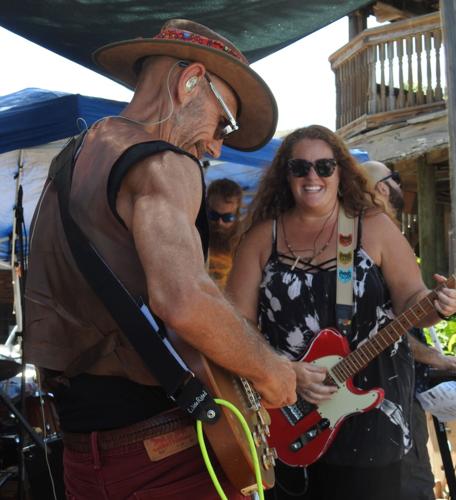 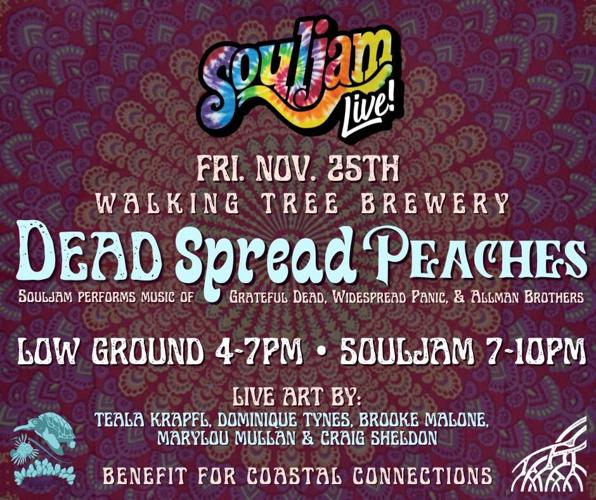 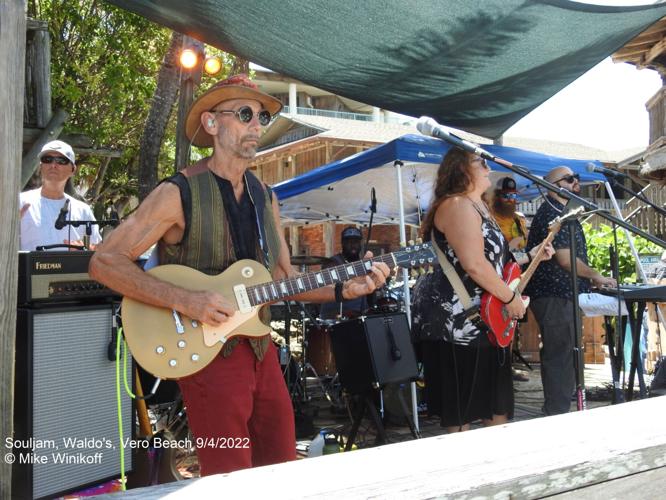 The live music starts with Low Ground from 4-7 p.m., followed by Souljam from 7-10 p.m. The bands will be on different stages so Souljam can start as soon as Low Ground ends.

The show is free, but there will be tip jars throughout the venue to benefit Coastal Connections, a local non-profit that protects sea turtles and advocates for a clean, healthy environment.

“That is really exciting,” Souljam guitarist and party planner AnnaLee Keehner told Hometown News. “We have wanted to get some artists together for a long time, to do live paintings, live sketches to our music. We’ve seen that at festivals. It’s so cool to see them interpret their art and creativity into whatever the band is playing. We wanted to bring in some new stuff, something that Walking Tree hasn’t done before and that we haven’t done. There are so many good artists in town and these are some of our favorites. They are all different styles. They’ll be set up in different spots, each with a little light, so everybody can have their space and be creative.”

Some of the art will be sold at the end of the night, to be decided by each artist, with a portion of proceeds going to Coastal Connections.

Souljam began playing mostly covers but now emphasize a growing catalog of originals. For this party, they will do something they’ve never done before - a full show tribute to three huge Souljam influences, The Allman Brothers, Widespread Panic, and the Grateful Dead.

“These three bands, we have covered these songs more, interpreting them into our original music,” Ms. Keehner said. “Not only because we love them, but when we’ve seen them live, it’s really cool to see how they interact on stage and play off each other, and how each of them go into jams differently. We really respond to that and connect with that, because that’s what we strive to do. Those three bands are a good representation of how we like to jam and perform on stage and have fun.”

“We’re going to mix the songs together, so it’s not going to be a set of Grateful Dead,” bass player Will Keehner said. “We’re going to intermingle the jams and transition into the different artists, keep people on their toes.”

“Nico from Low Ground is going to sit in with us on a few songs,” Ms. Keehner said. “He plays guitar, upright bass, banjo, all kinds of stuff. He used to play in Uproot Hootenanny and The Grass is Dead, so he’s also a big jam fan. It’s a really good fit because it’s not exactly the same. We’ll have some chill stuff during the day, then Nico will sit in with us at night, with more of a night crowd, and we’ll get a little rowdy.”

Families with children are welcome until 8 p.m., after which the party is for 21 and up.