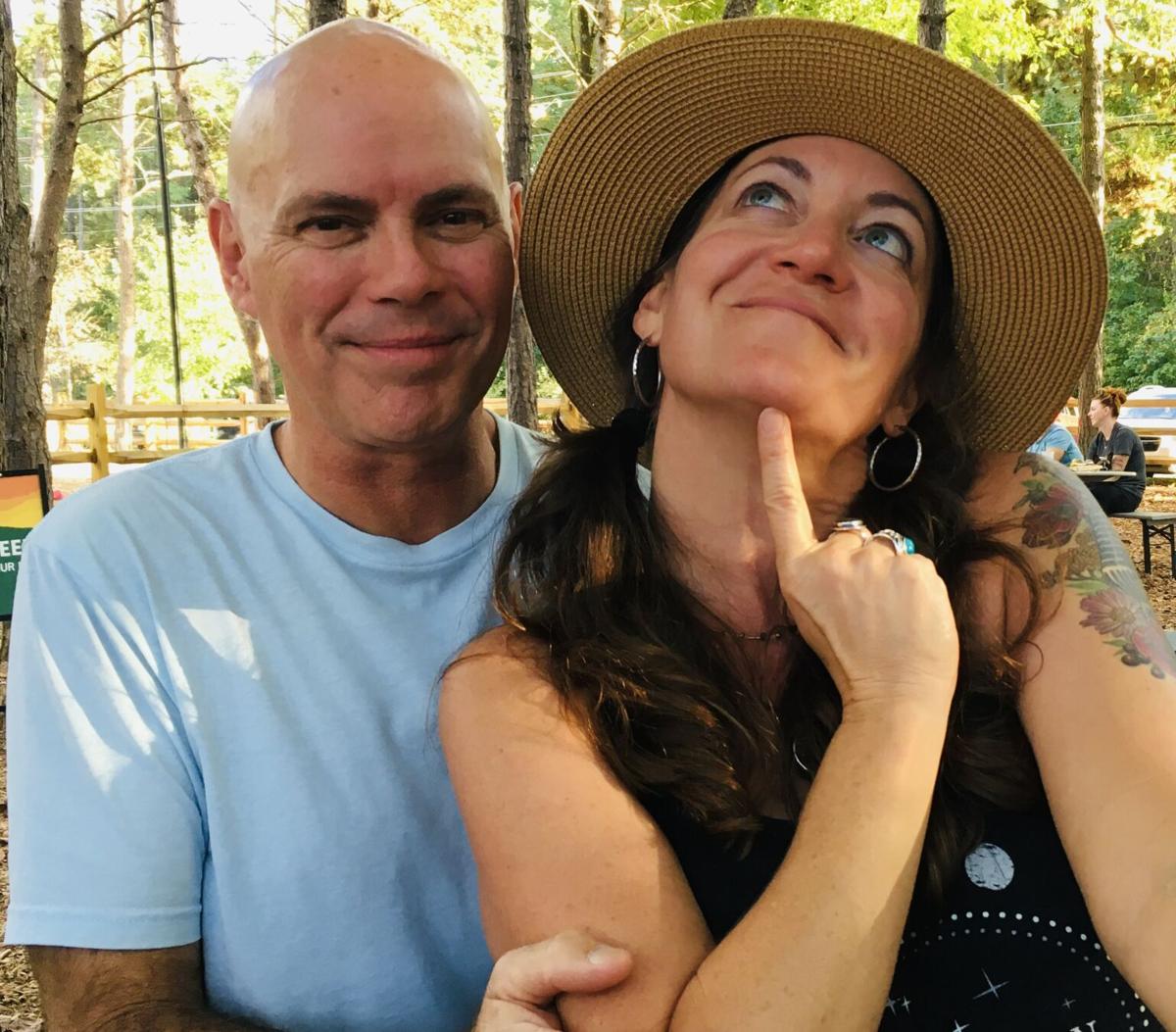 Leo and Jeannie Burke, the core of the Treasure Coast band Sleepin’ Dogz, will perform for the first time in two years at the Sebastian Fine Art and Music Fest. 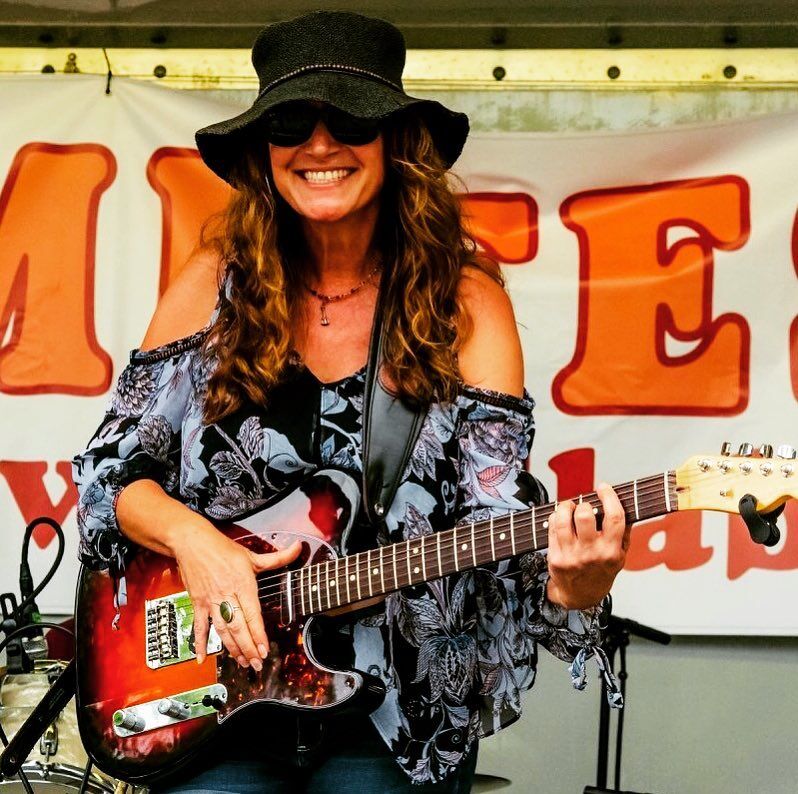 Jeannie Burke of the Sleepin' Dogz 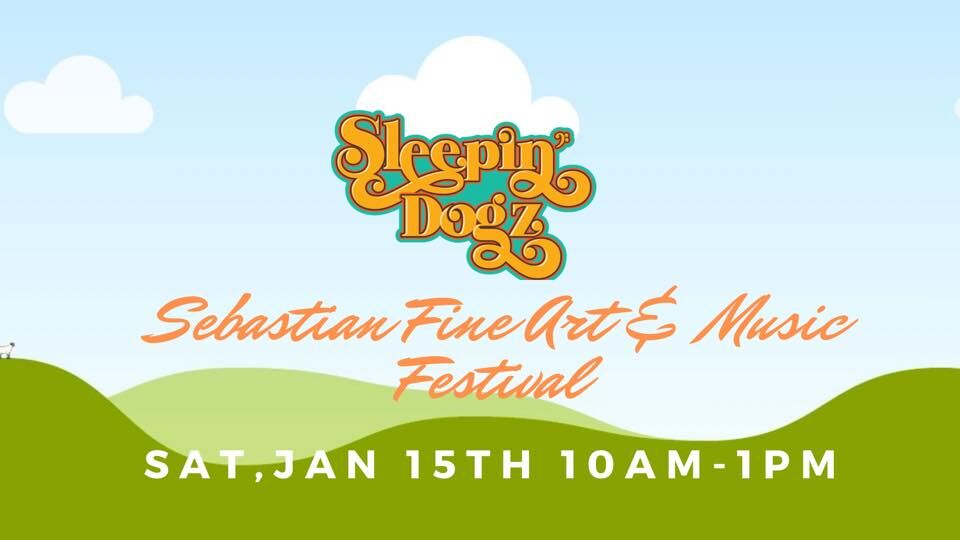 SEBASTIAN ― Jeannie and Leo Burke of the popular local band Sleepin' Dogz will return to the stage on Sat., Jan. 15, for their first live performance since November of 2019.

The venue is the Sebastian Fine Art & Music Festival in Riverview Park, where Sleepin’ Dogz will perform as a duo, opening for the String Assassins.

Sleepin' Dogz plays from 10 a.m.-1 p.m., followed by the String Assassins from 2-5 p.m. On Sunday, Anna & Will from Souljam play the morning slot, followed by The Nouveaux Honkies from 1-4 p.m.

Hometown News spoke with Jeannie and Leo Burke, who were excited to return to the stage for the first time since playing Conchy Joe’s in Jensen Beach more than two years ago.

“We’re totally stoked, especially for a nice outdoor show,” Ms. Burke said. “We’re still nervous about doing too many indoor things. We’re excited to get in front of people again and do some performing.”

While a few local bands plowed through the pandemic by continuing live shows, in some cases having their plans sidetracked after catching COVID, Sleepin’ Dogz chose to emphasize safety.

“Leo and I share a home with my mother,” Ms. Burke said. “We had to be super cautious because I did not want to put her at risk just so we could play music. Her health came before everything. We’re going to wait a bit more before doing indoor shows. We have a couple of outdoor things booked, including Waldo’s in February and March.”

“It’s a bummer for everybody on the whole planet, but for performers and musicians, it really put a damper on things. We were working on building a studio for rehearsal space and to record. It finally got finished in February of 2020, and then COVID hit, and we decided we couldn’t have the band come over, so it put a screeching halt to everything. Now we have a studio that Leo and I are rehearsing in every day.”

On the positive side, the pandemic downtime allowed Ms. Burke to heal following a frightening health problem for a singer.

“I had some nodules on my vocal cords, which was super traumatic. I’m doing much better, the nodules are all gone. I didn’t have to have surgery, but I had to not speak for a month. I learned to use a text-to-speak app.”

Because of the early start time at the Sebastian Fine Art & Music Festival, attendees will get a slightly mellower Sleepin' Dogz duo show than what fans have come to expect when the full band performs.

“I wrote a song during the shutdown called Miss Your Face that we’re going to break out,” Ms. Burke said. “It was literally about missing people’s faces because of all the masks, but on another level it’s about just missing being around the people you love. I’m excited to play that one. We have about six other new tunes between originals and covers that we’ll be breaking out. I always get nervous before I play. I have massive stage fright, especially with new stuff.”

Sleepin' Dogz began as an acoustic duo in 2002, with Ms. Burke on rhythm guitar and Mr. Burke on lead guitar. After nine years of performing together, they married in April of 2011. In 2017, the acoustic duo grew into a four piece with the addition of bassist/vocalist Steven Pippin and drummer Jeff Newman.

The Burkes hope to see many of their old friends at the Sebastian show.

“Leo and I started here,” Ms. Burke said. “We were both in various local bands. Then we were in a band together, where we fell in love. Every time we play it’s like a family reunion for us. We’ve been playing here for so many years, and all the people we’ve met over the years come out of the woodwork when we perform, and it’s great to see everyone.”

The Sebastian Fine Art & Music Festival is held in Sebastian's Riverview Park, at the intersection of US1 and County Road 512. For updates on the festival, visit www.sebastianartshow.com.